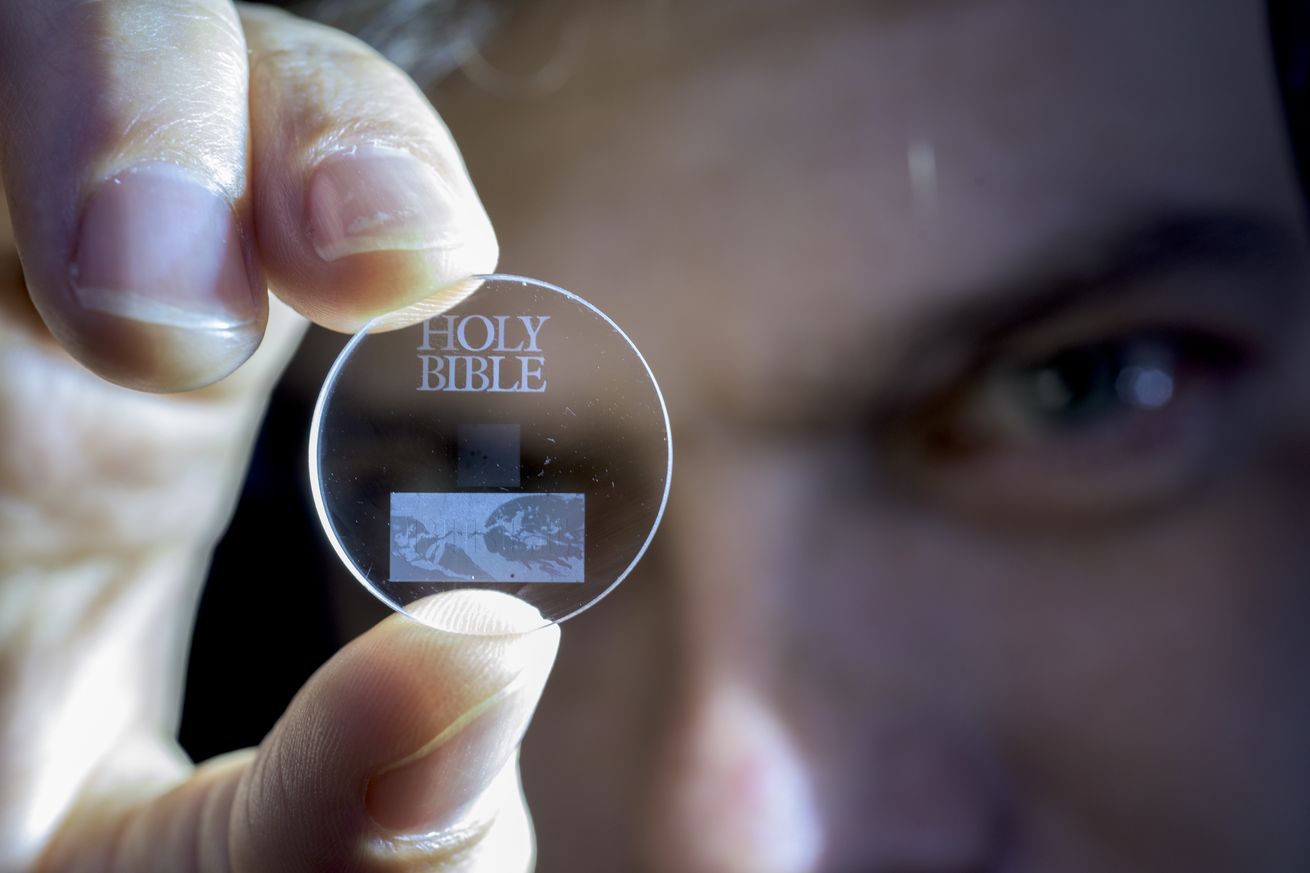 Scientists have taken a big step forward in the development of digital data storage. A 5D data storage could indeed preserve the history of humanity for 14 billion years.

Researchers from theUniversity of Southampton, in the UK, have recently developed a technique for storing digital data using laser light. 360 terabytes of information will thus fit on a nanostructured quartz slide. Ultra-concentrated data therefore, with a device that can withstand extreme temperatures, exceeding 1000 degrees Celsius. According to the researchers, conservation would be almost eternal at room temperature since the device could resist 13.8 billion years with a temperature of 190°C. The principle: to archive large quantities of information in perpetuity, when we know that one of the biggest problems of the data storage tools currently used remains its viability over time.

Crafted from Quartz, it performs like a heavy-duty Blu-Ray disc. An ultra-fast laser engraver deposits the files there on three nano-structured layers, separating them by 5 micrometers. As for the 5 dimensions, they correspond to the three dimensions of space, which are responsible for describing the physical location of the point, to which are then added two additional dimensions which are coded by the polarity and the intensity of the beam which creates the point. A revolutionary disk that could drastically change the world of storage. Indeed, one of the researchers of this project, Peter Kazan, declared that: This technology could provide the last testimony of our civilization: all that we have learned will never be forgotten « .

Researchers have now stored—and probably forever—historical documents like the Bible, Magna Carta and Opticks, Isaac Newton’s book on the theories of optics and light reflection, and the Declaration universal human rights. Other tests will be carried out in the coming months, but in the long term, museums, libraries or even archive centers could also use this technology to save their precious data.