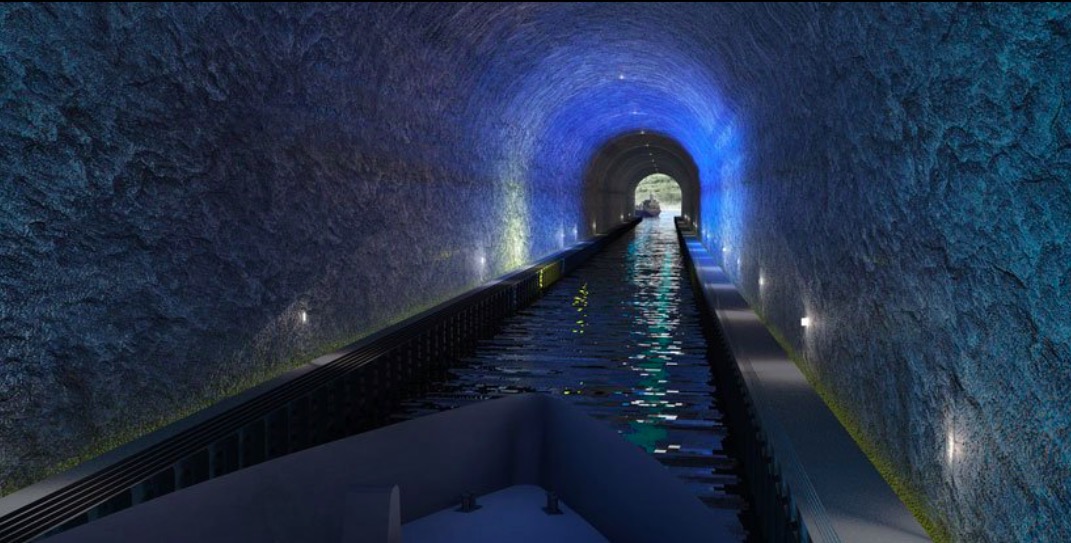 Norway announces that it has given the green light to the construction, under a mountain, of the first maritime tunnel in the world. Located on the Stad Peninsula in the southwest of the country, it will make it easier for boats to navigate the waters of the North Sea.

It’s a first. The project, estimated at 295 million euros, should come to fruition by 2023. The structure will extend over nearly 1.7 km in length and will therefore allow around twenty ships to pass through every day. Traffic will be one-way, with a change of direction every hour. So cruise liners, cargo ships and smaller boats will be able to take this underground shortcut through the Stad peninsula, avoiding at the same time the strong winds and the turbulent waters of the Stadhavet Sea, the confluence zone between the North Sea and the Norwegian Sea.

This passage of cape is indeed considered as the most dangerous navigation area in Norway with nearly one hundred stormy days per year and this area is therefore particularly feared for its waves, currents and winds. According to the Norwegian authorities, nearly 33 sailors have died there since the end of the Second World War. This tunnel is therefore welcomed with open arms, but before that, we will have to explode the rock. About 7.5 million tons of rock will be dynamited to allow the passage of boats. It is a titanic, expensive, but necessary and unprecedented project. The Stad tunnel will be the first to be able to accommodate ships with a gross tonnage of up to 16,000 tons for freight transport.

Once completed, the tunnel will, according to the Norwegian authorities, be 49 meters high and 36 meters wide (for 1.7 km long). Construction could start in 2019 and end four years later. The Norwegian Coastal Administration (NCA), the agency in charge of the project, estimates that around eight million tonnes of rock will have to be moved to allow the passage of the boats. Large ships will have priority and each building must respect the minimum safety distances to avoid the risk of collision. The teams will start drilling on both sides of the mountain before meeting in the middle, a scene that has become legendary with the construction of the Channel Tunnel.