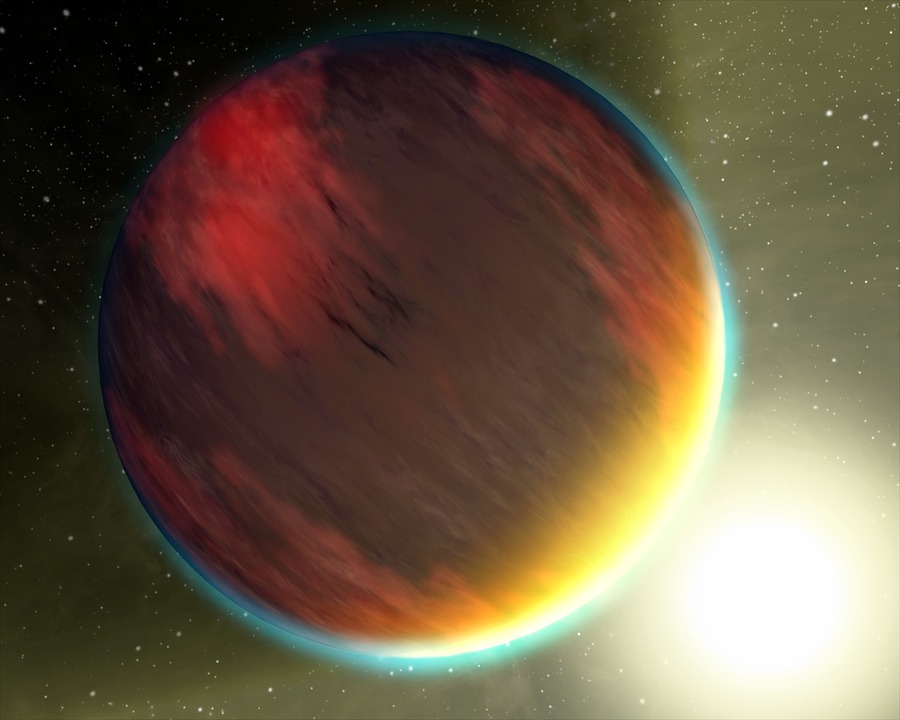 On a planet over 1,000 light-years away that is absolutely unhospitable, British researchers have discovered a massive amount of clouds made up of the same mineral found in rubies and sapphires.

Dubbed HAT-P-7b, this gas giant about 500 times the mass of Earth is located more than 1,000 light-years away. Nothing hospitable for it since there are apocalyptic storms, violent winds and temperatures that can reach 2,500°C on its side, which is permanently exposed to its star.

In a study published in the journal Nature by a group of astrophysicists from the University of Warwick, in Great Britain, the researchers teach us an astonishing characteristic of this planet: the clouds which surround it are composed of corundum, the same mineral found in rubies and sapphires.  » Because it is a gas giant, HAT-P-7b has an extremely thick atmosphere. In fact, it consists mainly of an atmosphere “, explains David Armstrong, main author of the study, in remarks relayed by Motherboard.

With his team, the researcher wanted to analyze the way in which light is reflected by the atmosphere of HAT-P-7b using the Kepler telescope. These researchers were thus able to observe « breakthroughs » of the light reflected towards space in the form of changing luminous points, probably the result of a current moving massive quantities of clouds.

But if these clouds are composed of corundum, sapphires and rubies do not make them up. because the planet is extremely hot, its minerals do not form in the same way as on Earth. We don’t know what color she is right now [l’atmosphère, NDLR]but it’s probably a particularly shimmering color « .

Will we ever be able to visit this type of planet? The chances are very slim.  » It’s a hell hole. A sky of gassy sapphires and rubies that is certainly charming, but is something best observed from afar. From very, very far concludes David Armstrong.