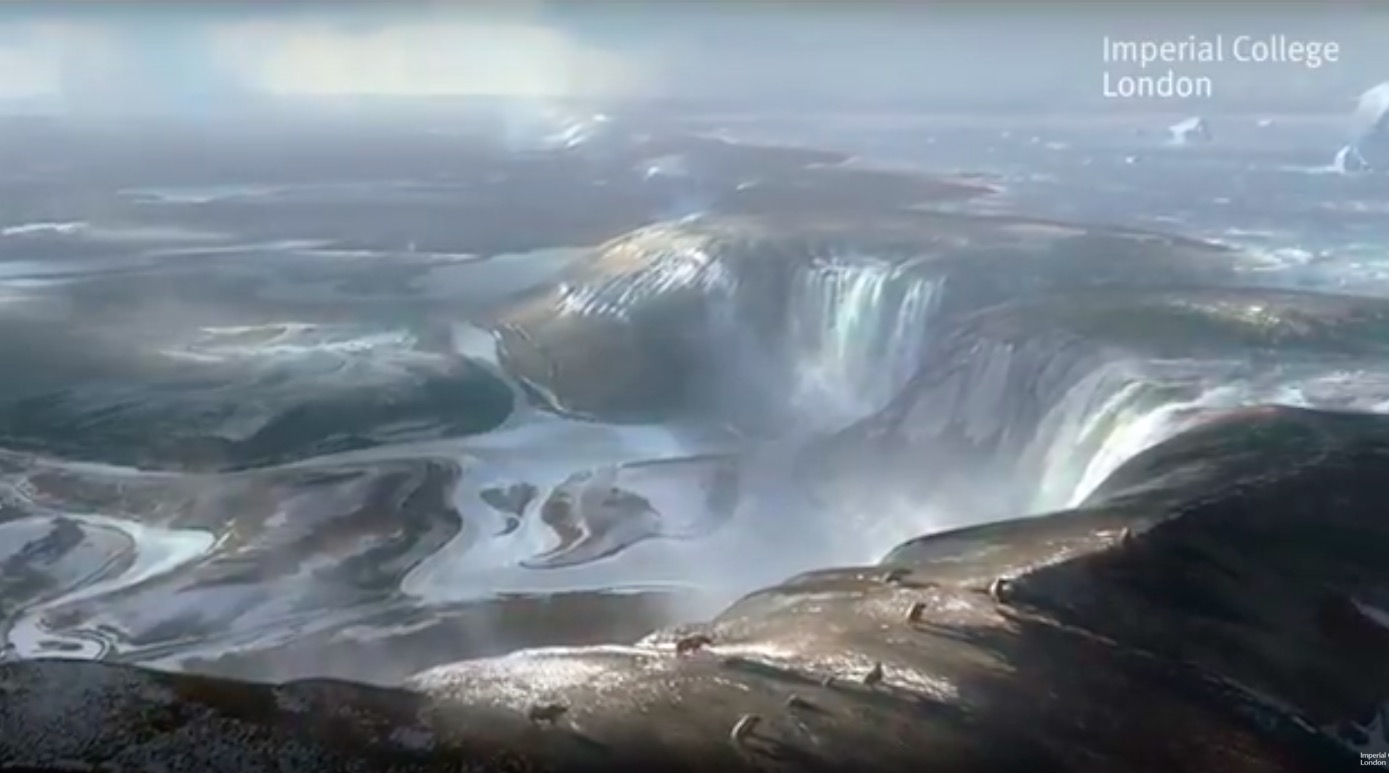 Britain’s political separation from Europe, dubbed Brexit, has been the subject of recent discussion, but the original separation between these two lands was far more cataclysmic. It was about 450,000 years ago.

At the time, Britain was indeed connected to the rest of the European continent by a massive land bridge that stretched from the British mainland to what is now France. But recent research suggests that a series of fortuitous geological events overwhelmed Britain, forever separating it from its closest neighbours. A study conducted by geologist Sanjeev Gupta, of Imperial College London, details in particular the data on the seabed collected by research vessels in the English Channel and more particularly the seabed under the Strait of Dover, the deepest part narrow between the port cities of Dover in England and Calais in France.

According to this study published in the journal Nature Communications, a gigantic waterfall tens of kilometers wide would have broken this rocky ridge which linked England to the European continent nearly 450,000 years ago, triggering a catastrophic flood which would then have dug the English Channel and created the island of Great Britain. But where did all this water come from?

Scientists suggest that a huge lake fed by continental rivers had formed in the southern North Sea between the edge of the ice sheet and this rocky ridge. The lake would then have started to overflow, passing over the ridge, creating a waterfall about 32 kilometers wide and 100 meters high and spilling into the valley below. The waterfall would then have eroded the crest of the dam which eventually collapsed, causing a gigantic flood that carved out what became the English Channel.

» The breaking of this land bridge between Dover and Calais was arguably one of the most significant events in Britain’s history, helping to shape the nation’s island identity to this day. », Details Sanjeev Gupta.  » When that ice age ended and sea levels rose, flooding the valley floor for good, Britain lost its physical connection to the mainland. “, he adds. « If that hadn’t been the case, in a sense, Britain’s story would have been completely different. »

The researchers acknowledge that they will need to conduct further studies to refine their hypothesis and provide a more precise timeline of events. To do this, they plan to collect sediment samples from the dive tanks to learn more about these events. But the case is not simple given the enormous tidal changes that take place in this area which also happens to be one of the busiest in the world on the maritime level.  » It’s quite difficult to convince ship captains “, laments the researcher.  » I would argue that we know more about Mars than the seabed geology of these continental shelves around the world « .