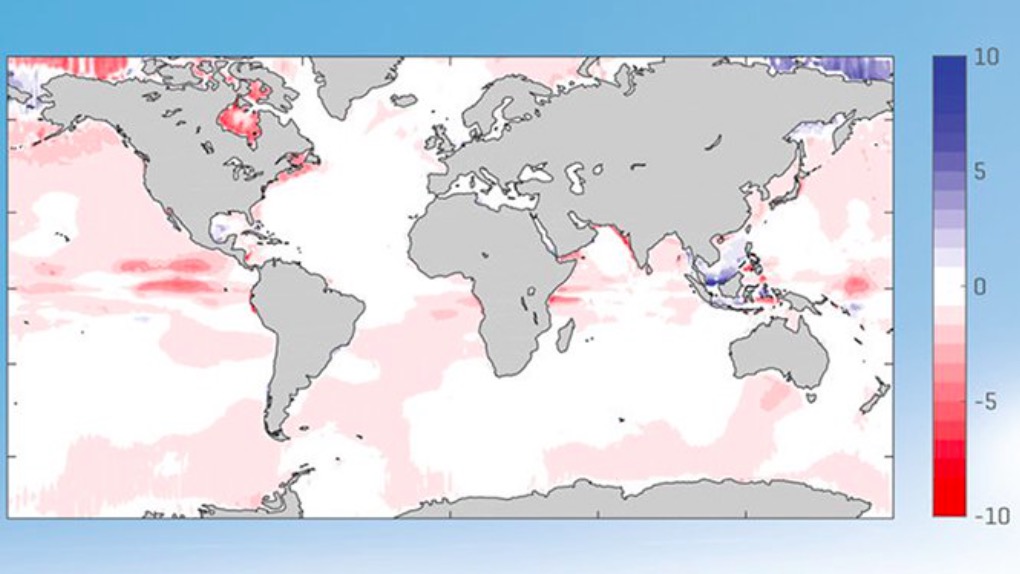 According to a study published in the journal Nature, the amount of oxygen in the oceans has dropped by 2% since 1960. This is a situation deemed « not critical » for the moment by researchers who warn that it could, on the other hand, have significant medium-term consequences on the marine ecosystem.

Researchers at the Helmholtz Center in Kiel, Germany, studied five decades of oceanographic data, making up the most comprehensive survey of oxygen levels ever. The results are not very gratifying since they suggest a general decrease in the quantities of oxygen of about 2% over all the oceans of the globe. A situation for the moment considered « non-critical » by the researchers who warn that this could on the other hand have significant consequences in the medium term on all the marine creatures which depend on oxygen to survive like the rest of us. Ultimately, the consequences could also be harmful for fishing and coastal economic activities.

Hundreds of thousands of historical and contemporary measurements have thus been combined for this new research, including data from the most distant and deep regions like the lowest layer of the ocean where detailed records are more difficult to to obtain.  » We’ve been able to document oxygen distribution across the entire ocean for the first time ever », explains Sunke Schmidtko, one of the team members.  » These figures will be essential to refine our future forecasts « .

You should know that the warming of the oceans induced by global warming mechanically leads to a decrease in dissolved oxygen since warmer water simply cannot absorb as much oxygen as colder water. Cold oceans absorb oxygen at the surface, the water cools and sinks, then flows towards the equator and rises again. Along the way, organic matter drifts to the depths and decomposes using some of that oxygen. The oxygen balance depends on this movement and the amount of oxygen reaching the warm waters and this can be reduced if less oxygen is absorbed and moved in the deep currents.

The study is not to be taken lightly since if the oceans lose oxygen, it will consequently reduce the habitat for many organisms. This induces greater competition for remaining favorable habitat and increased vulnerability to predators is likely to occur. Note that the study indicates that the Arctic Ocean accounts for about 7.6% of the overall oxygen decline, while it only constitutes about 1.2% of the total volume. These results therefore correlate with the record temperatures recorded in the Arctic in recent years. In addition, it should also be noted that the volume of ocean water completely devoid of oxygen has more than quadrupled during the same period.