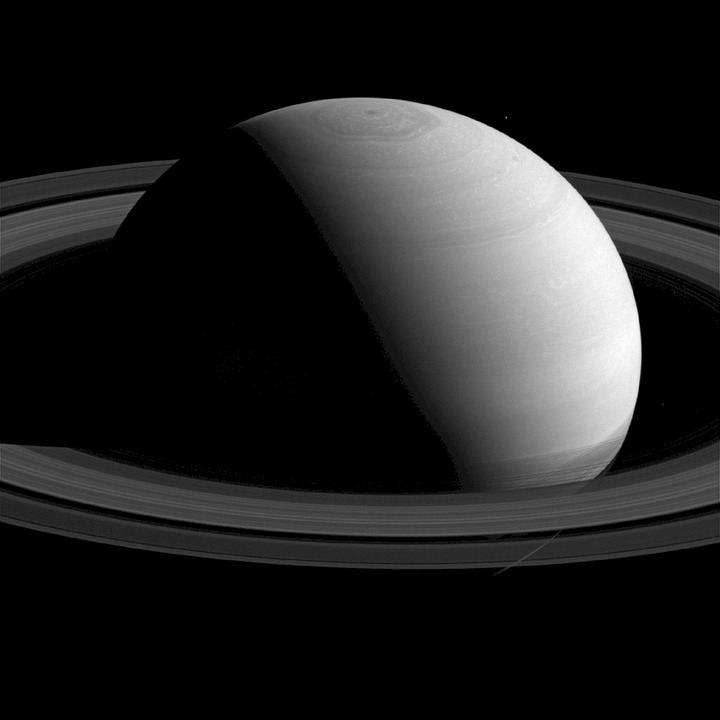 At the end of the mission, the Cassini probe gives us an exceptional snapshot of theone of Saturn’s smallest “baby” moons: Pandora. The image was obtained during an overflight carried out on December 18. Closest to date.

Cassini is in its last year of existence. The probe, launched in 1997, will indeed end its life next September by plunging into Saturn’s infernal atmosphere. But to end on a high note, Cassini intends to offer us many photos, like this new shot of Pandora captured at a distance of 40,500 km which has nothing to envy to the recent detailed images taken by Cassini of Titan and Enceladus. , two of Saturn’s largest moons. As you can see below, Pandora has an irregular shape, a kind of big apple stone whose average radius is around 40.7 km, i.e. a diameter of 81.4 km (2% of the diameter of our Moon).

Pandora has several craters, including at least two that are about thirty kilometers wide. Based on what we know about it so far, the moon is coated in a layer of ice dust and orbits Saturn at a distance of about 142,000 km. She goes around it in just over 15 hours. Pandora also acts as the outer shepherd satellite of Saturn’s F ring. A property that it shares with its neighbor Prometheus, the internal shepherd satellite of the F ring, a satellite whose orbit is in resonance with that of Pandora and whose mass is similar to that of the latter. The largest changes in their orbits occur every 6.2 years when Pandora’s periapsis aligns with Prometheus’ apoapsis and the moons approach about 1,400 km. At each approach, Prometheus lags behind by a few degrees in its orbit, Pandora playing a brake role on its neighbour.

As a reminder, since its arrival in 2004 in the Saturn system after seven years of travel, the beautiful Cassini will have discovered no less than 10 moons, will have been the subject of 3,616 scientific publications, carried out 243 orbits, captured 379,300 photos or still traveled more than 2.2 billion km since his arrival.