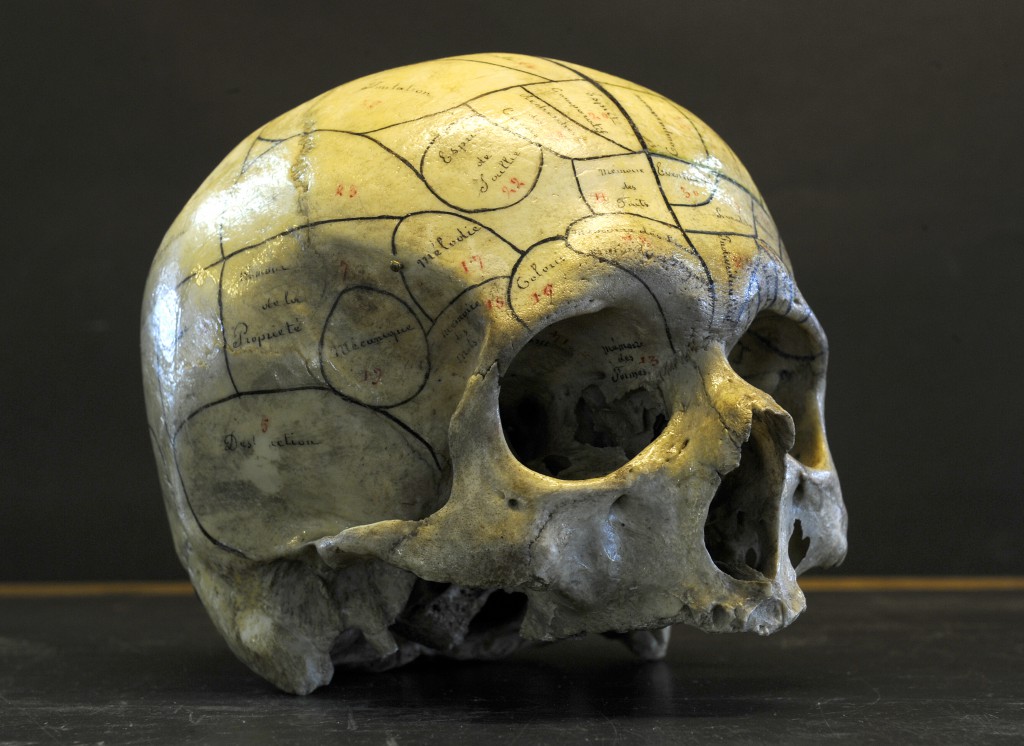 Phrenology is none other than the study dedicated to determining a person’s character and mental abilities based on the structure of their skull. Appearing at the beginning of the 19th century, this pseudoscience adopted a curious methodology.

The shapes of the skull are used to assess a person’s intelligence. This hypothesis was formulated by the Austrian doctor Franz-Joseph Gall (1758-1828) who estimated in 1810 that no less than 26 « organs » were present on the surface of the brain and simply detectable by observation. According to the person concerned, the organs that were used grew while those that were neglected shrank.

Thus, the skull would be made up of bumps and hollows embodying specific areas of the brain that would provide information on a person’s intellectual abilities, but also on their emotional characteristics. Taken up later by other followers of phrenology (or cranioscopy), these theories aimed to divide the human skull into zones each bearing a specific name. If some names are rather classic with regard to the brain such as that of memory, others are rather eccentric. A few examples: “presence of mind”, “theft”, “prudence”, “murder”, “conjugal love”, “secrecy” or even “sweetness”.

Franz-Joseph Gall had all the same gone so far as to manufacture hundreds of plaster busts obtained after castings carried out on volunteers. These busts were accompanied by statistical studies intended to correlate character traits with the shapes of the skull.

Obviously, the areas identified were chosen in a completely arbitrary way, not to mention that the theories of evaluation of cerebral faculties based on the shapes of the skull are simply fabulous. It is for these reasons that as early as 1825, the French doctor François Magendie called phrenology a pseudoscience, a name that will never be questioned by the scientific community.

In 2014, a book curiously evokes the possible appearance of a “post-phrenological” science of the brain. Written by a certain Michael Anderson, After Phrenology: Neural Reuse and the Interactive Brain proposes neural reuse to identify different areas of the brain.

Sources: The Generalist – Science Presse Agency – The Skeptics of Quebec