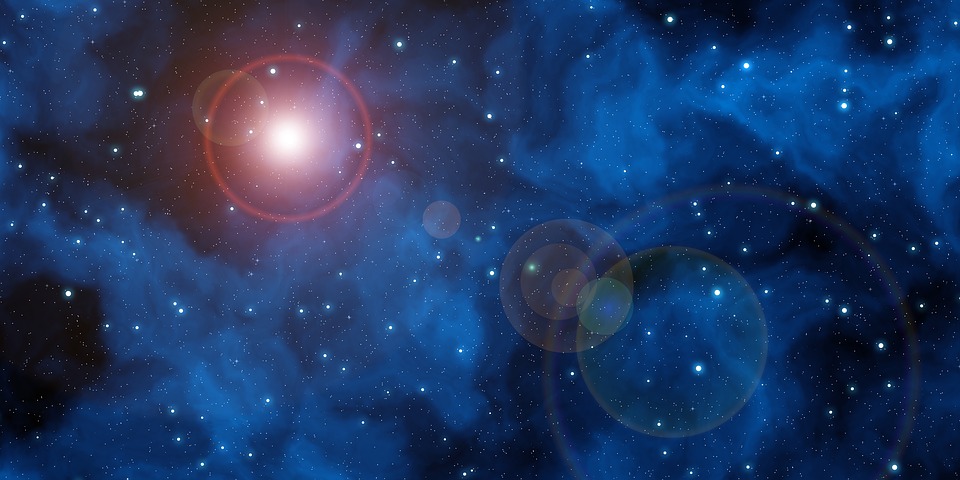 According to a recent study, the early universe contained more dark matter than today. The proportion of unstable particles in the composition of dark matter in the days following the Big Bang would be 5% higher than that of the modern Universe.

Without electrical charge and interacting only very weakly with normal matter, dark matter is distinguished by its gravitational attraction. According to data from the Planck space telescope, the proportion of dark matter in the universe is 26.8%, the rest being « ordinary » matter (4.9%) and dark energy (68.3%). ). And if the question that mainly intrigues astrophysicists is to know what dark matter really is and what makes it up, it is also essential to know how it evolved. New work carried out by a team of Russian scientists gives us some answers.

The nature of dark matter is unknown to us. However, its properties could help scientists solve a problem posed after studying the observations of the Planck telescope which had precisely measured the fluctuations in the temperature of the cosmic microwave background, a kind of « echo » of the early Universe around 300,000 years after the Big Bang. By measuring the speed of the expansion of galaxies in the modern universe, it actually appeared that some of these parameters varied considerably, namely the Hubble parameter which describes the rate of expansion of the universe, but also the parameter associated with the number of galaxies in clusters. For Igor Tkachev, co-author of this study, “ either we are dealing with some kind of unknown error, or the composition of the ancient universe is different from the modern universe « .

The discrepancy could indeed be explained by a decomposition of dark matter: Imagine that dark matter is made up of several elements, as for ordinary matter (protons, electrons, neutrons, neutrinos and photons) and that one of these elements is made up of unstable particles with a more or less long lifespan. At the time of the formation of hydrogen, hundreds of thousands of years after the Big Bang, they are still in the universe, but today (billions of years later) they have disappeared. In this specific case, the amount of dark matter in the era of hydrogen formation and that of today will be different says lead author Dmitry Gorbunov.

Their new calculations indeed suggest that about 5% of the current content of dark matter in the universe would have been lost since the Big Bang.  » This means that in today’s universe there is 5% less dark matter than in the early universe. “says Dmitry Gorbunov. Note that we are currently unable to say how quickly this unstable part disintegrated.  » By the way, dark matter may still be breaking up today « .