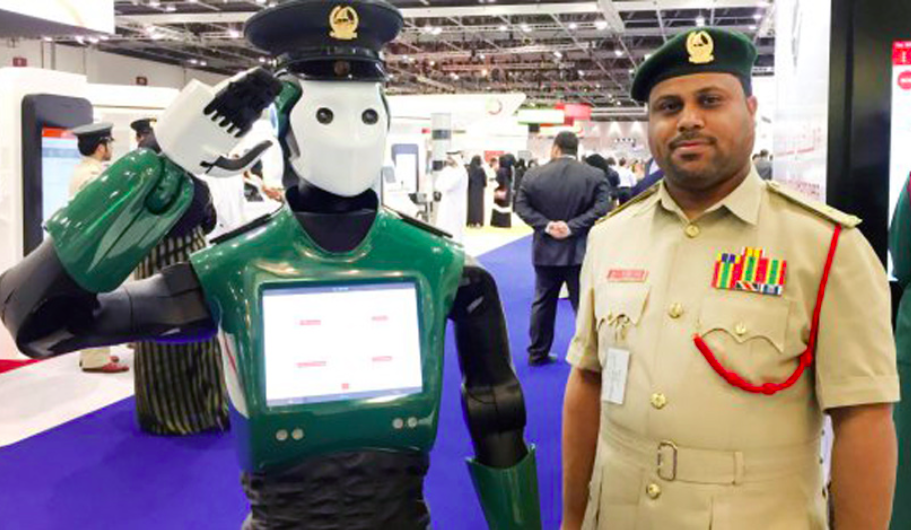 This news is very reminiscent of the famous Robocop, a vigilante of iron and electronic compounds who cut his teeth in the cinema. On the other hand, the authorities of the United Arab Emirates have unveiled a prototype which should indeed find an application in real life.

“Robots could very well replace police officers on specific tasks. We are working on a project that should lead to Expo 2020” said Colonel Khalid Razooqi, Director General of the Emirate of Dubai’s Smart Police Department.

The news was revealed by local daily Emirates 24/7. This robot would be ready to patrol the streets of Dubai by 2020, the year of the Universal Exhibition to be held there. Dubai is also a smart city in the making, so this type of project fits well into this scheme.

The prototype of the police robot had already been presented by the Dubai police during Gitex Technology 2015 which took place last October in the small emirate. It was an opportunity to get initial feedback and present the two parts of the project. First, it will be a question of manufacturing this type of robot on an industrial scale and secondly, of developing artificial intelligence systems in order to equip these same robots.

If the Dubai police spoke of having practically found the company that will produce these robots, they clearly indicated that on the subject of artificial intelligence systems, collaboration will be set up with the American companies IBM and Google. . Moreover, Google is already collaborating with the Dubai police in the context of the use of Google Glasses, allowing officers to make quick and complete reports of accidents or crime scenes.

According to Major Adnan Ali, head of the technological innovation department, police robots could hypothetically be launched on the streets from 2017, mainly in tourist areas. In the meantime, we should « Improve artificial intelligence, cameras and all the equipment that will allow the robot to spot people from 10 to 20 meters to come and greet them ».

That the population is reassured, the robots will not be armed “but will carry microphones and screens permanently connected to the Police security system”, according to Colonel Khalid Razooqi. Indeed, the legal question has not yet been clearly debated and the fact of arming the robots has been ruled out for the moment.

Here is a mini report made by Russia Today during Gitex Technology 2015: