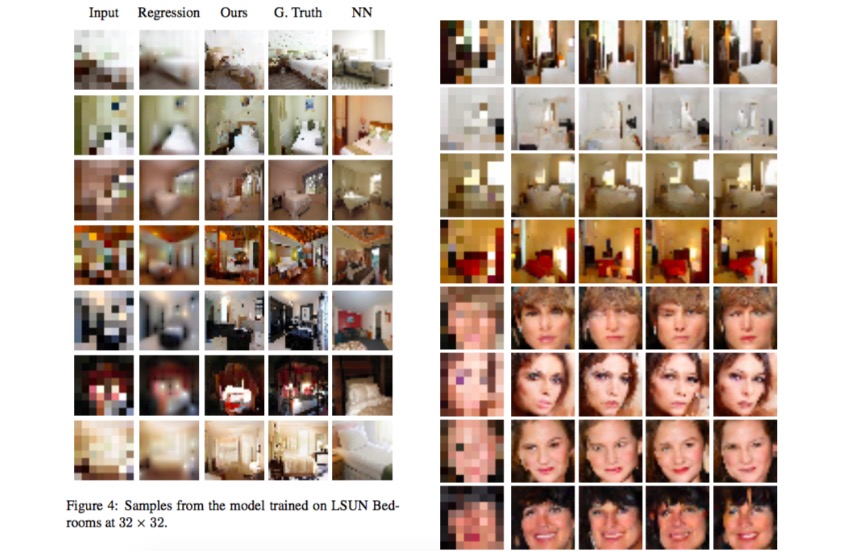 The Google Brain project is a tool for improving image resolution through guesswork. Thus, the tool developed would literally guess the true nature of a blurred photo!

Police series often show distraught officers in front of a photo or video image that is too imprecise to be able to identify the suspect of a crime. Then, the geek of the band manages to decipher the image by tapping on his computer keyboard in record time.

In reality, this has never been seen. However, the researchers developing the Google Brain project managed to achieve something quite interesting. According to the Ars Technica site, the American giant’s researchers relied on deep learning to develop software capable of refining blurred images in 8×8 pixels.

Do not be mistaken, however, since this is not a restoration of existing pixels, but rather a guess. Thus, this artificial intelligence tries to guess the true nature of a low-quality visual that it analyzes.

The process is based on the activation of an artificial neural network and two steps are required. The first consists in reproducing the image poor in quality which will be improved from other sharper images that the AI ​​will consider similar on certain points. These images will then be reduced to 8×8 to find matches.

Next, the AI ​​requires an implementation of PixelCNN in order to finalize the image by adding more realistic HD details. The software is for example able to identify a pink pixel relating to a mouth at the bottom of a photo. Then it will add the missing pixels to reproduce this same mouth. After mixing these two steps, an even sharper image is offered.