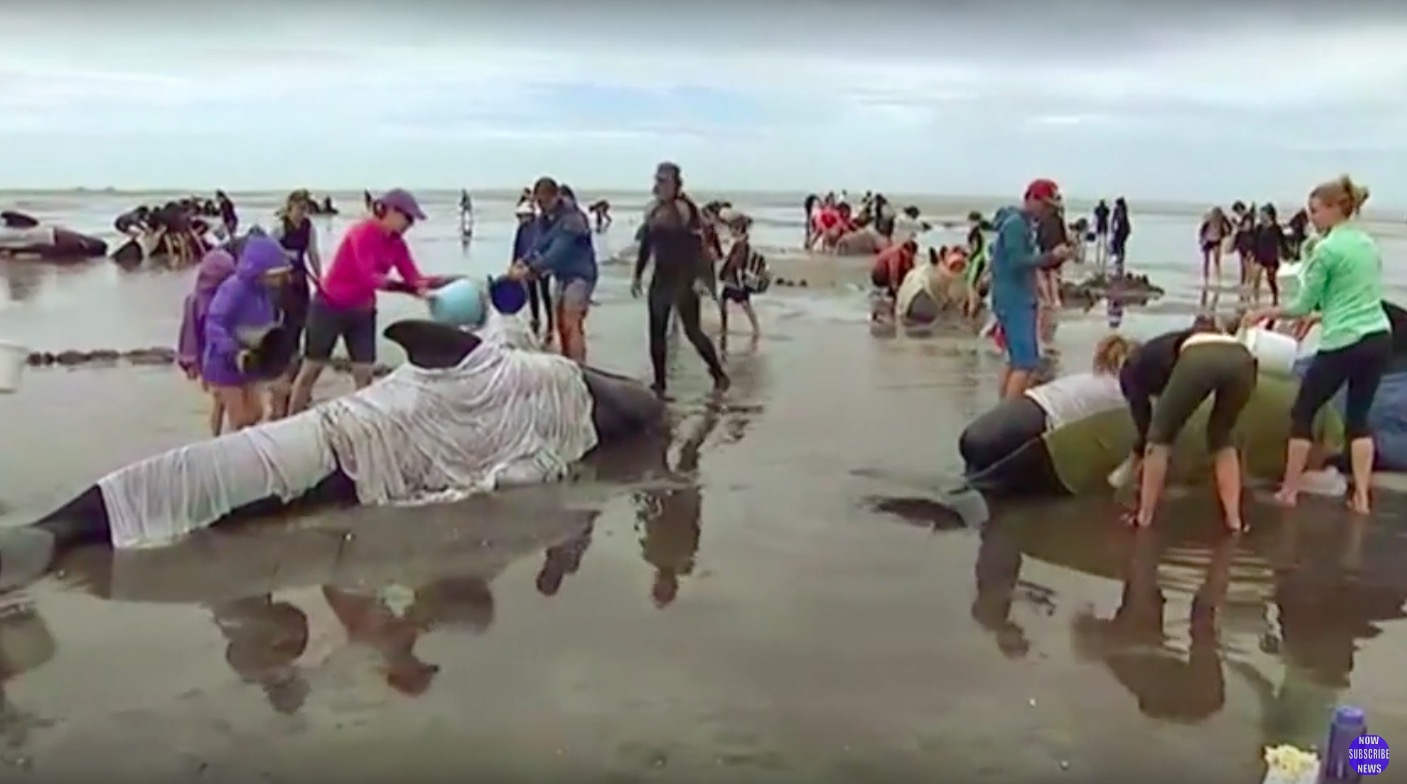 Current events unfortunately prove to us that we will have to get used to the heartbreaking spectacle offered by the cetaceans which wash up on our beaches to agonize for a long time. But for hundreds of New Zealand volunteers who decided to act, a race against time was on to save some of the 416 whales stranded on a South Island beach.

Just before dawn (New Zealand time), Cheree Morrison and two of her colleagues were returning from a photoshoot to capture the sunrise over the country’s beautiful coastline. It was then that they came face to face with the worst mass stranding ever observed in New Zealand: no less than 416 pilot whales stranded at the tip of South Island.

Cheree Morrison, writer and editor for a local magazine, described the horrifying sight saying that « vYou could hear splashing noises, emptying vents and sighs. The youngest were the worst. Crying is the only way to describe it. (…) It was overwhelming. Absolutely overwhelming. (…) I walked away crying all the tears in my body. We knew we couldn’t do much. »

Three-quarters were already lying lifeless when they found them, so the volunteers decided to act quickly. It took no more than a few hours for about 300 farmers, tourists, teenagers, members of the Project Jonah association (specializing in marine mammals) and workers for the Department of Conservation (who had heard of this stranding the day before, but who had deemed it too dangerous to act at night) embark on a desperate rescue operation to help the hundred survivors whose lives seemed to be hanging by a thread.

In particular, they took care to keep the whales calm, comfortable, cool and moist with the help of blankets as well as regular watering with buckets. They also formed a human chain in the water to prevent the released whales from returning to be stranded again. One of the volunteers, Ana Wiles, did not fail to recall with joy the moment when they  » managed to relaunch a couple who had just had babies and the babies followed them « . It’s still too early to tell if their efforts will be successful and they’ll have to wait until Saturday morning to help get more whales back into the sea (especially those that may have returned to be stranded).

Note that a few days ago, we mentioned a study which tended to explain that mass strandings could have a link with the sun and more particularly solar storms. In addition to this explanation, there are of course heavy suspicions weighing on human activities, mainly the use of army sonars. But the New Zealand authorities suspect that the peninsula Farewell (Farewell Spit) could have its share of responsibility. This hook-shaped barrier beach in the Tasman Sea would confuse whales and have already caused other strandings.

A video showing the efforts of the volunteers: