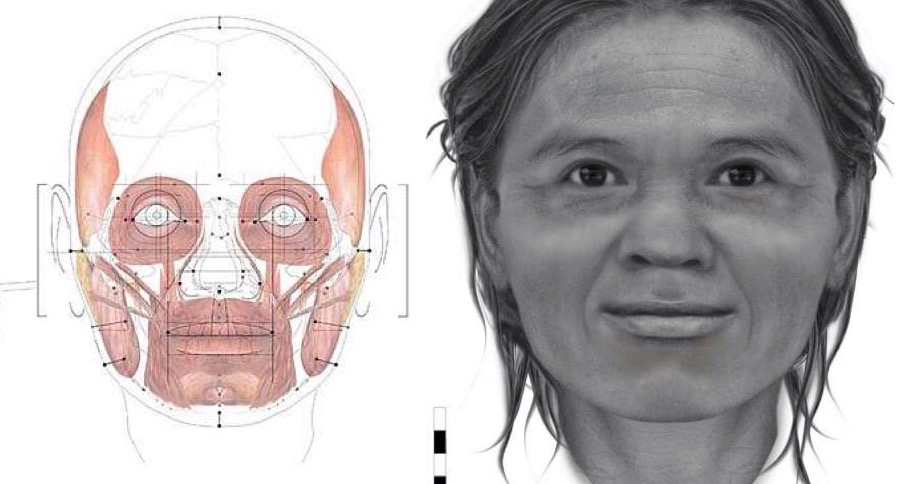 From skeletal remains discovered in 2002 in Thailand, an Australian scientific team managed to digitally reconstruct the face of a woman who lived there 13,000 years ago.

The face of a woman who lived 13,000 years ago in what is now Thailand and who is considered a probable descendant of the first populations who lived in Southeast Asia is now revealed to us. It was in 2002 that the skeletal remains of this woman were discovered, including the bones of the skull and teeth in the refuge of Tham Lod, in the northwest of Thailand.

According to a Thai research team led by Rasmi Shoocongdej, a professor of archeology at Silpakorn University in Bangkok, these bones belonged to a woman probably between the ages of 25 and 35 who was 1:52 minutes tall. Using accelerator mass spectrometry to separate radiocarbon isotopes from sediments from where the remains were discovered, these researchers were able to deduce the age of the young woman, around 13,640 years old during the Late Pleistocene.

This makes it the  » oldest human burial to be excavated from the mountainous regions of northwest Thailand and probably a direct descendant of the founding population of Southeast Asiast “, is it written in the magazine Antiquity.

To reconstruct his face, the widely used method of facial reconstruction was not preferred. Instead, the researchers used a range of soft-tissue relationships in the skull to estimate the woman’s facial features.  » Face reconstruction is a very, very popular method, but it has been tested and scientifically invalidated since the beginning of 2002. “, explains Susan Cowes, of the University of Wollongong in Australia and co-author of the study.

By comparing measurements of skull bones, muscles, skin, and facial tissue to those of contemporary populations around the world, the researchers conclude that  » the woman is anatomically modern « . The results of the study revealed that this woman had the same type of face as that of Asians today although some facial features such as the nose or the mouth were closer to those of African women, which proves that however, human anatomy has changed considerably over the past 13-15,000 years.