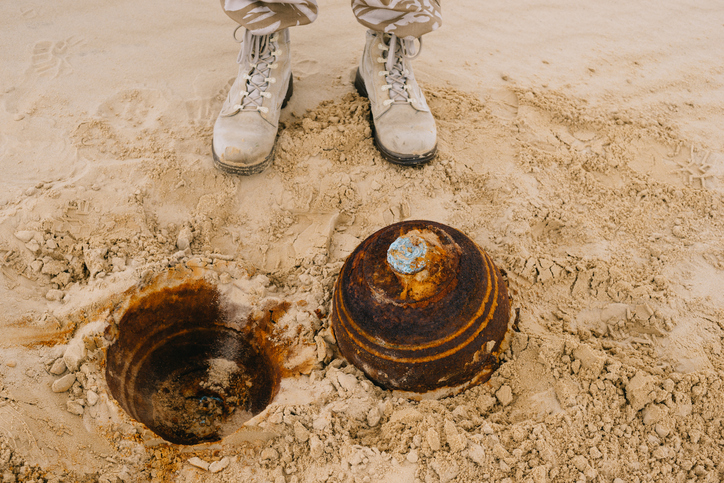 Demining operations are very risky. It is a delicate work that has aroused the interest of a new study intended to develop a new technique to rid the world of anti-personnel mines, a real scourge.

To date, there remain around 110 million anti-personnel mines in more than 70 countries and if in some places, effective mine clearance has been carried out, this is not the case in many countries such as Cambodia, Colombia or Angola. . Each year, it is estimated that 20,000 people are victims of a serious accident caused by one of these mines.

It is therefore urgent to effectively demine soils around the world and a team from the University of Jerusalem (Israel) has worked on the issue. Their research was published in the journal Nature Biotechnology. Particularly difficult to detect, mines are now the subject of a new method to better identify them.

First, scientists noticed that the mines released chemical vapors that accumulated in the ground around them. After making this observation, the researchers modified bacteria so that they emit fluorescent light when they come into contact with the chemical compound of the mines. In order to be easily dispersed, these bacteria were placed in polymer beads, then a laser takes on the task of scanning the soil in order to spot the fluorescent signals.

If this method has so far only been tested in an experimental minefield created for the occasion, it seems to have proven itself, but deserves to be improved, particularly in terms of the sensitivity and stability of the sensors. Regarding the laser, it is easily imaginable to equip a drone to cover a maximum surface. This very promising technology is therefore logically eagerly awaited in certain countries whose need is crying out.

Sources: The Guardian – Science and Future