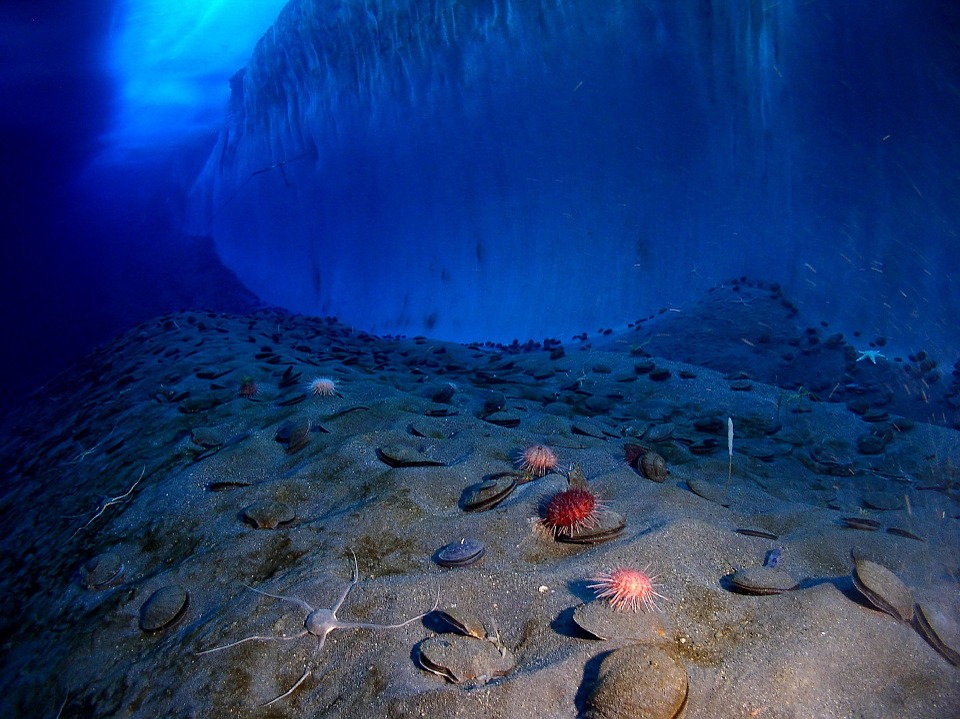 We had never heard of anything like it, but after months of speculation scientists have finally identified the most likely source of these metallic recordings as being from the Mariana Trench, the deepest part of the ocean. According to a new study, one of the 3.5-second recordings is the work of a small baleen whale.

Off the island of Guam is the most vertiginous canyon on the planet: the Mariana Trench, which can reach 11 kilometers deep in places. In this zone, the pressure is about 1100 times higher than that of the atmosphere: each centimeter of surface is equivalent to 1122 kilos. The light is absent, the temperatures are freezing and nothing, or almost nothing, can survive such conditions. However, a hydrophone immersed a few months ago at a depth of some 10,900 meters revealed strange and metallic sounds.

This haunting recording covers frequencies as low as 38 hertz and as high as 8,000 hertz (human beings can hear sounds between 20 and 20,000 Hz), but researchers were quite unable to find any human or geological origin for it. The sounds presented here are not similar to known anthropogenic sources such as noise from ships or any seismic activity. The origin of this recording is therefore biological, but although these sounds are quite unique in the scientific record, they would nevertheless seem to be attributed to a minke whale (also called minke whale) which belongs to the largest class of whales. baleen.

The Mariana Trench acts as a kind of gigantic sounding board for surface sounds like those from the subsoil: you can hear the distant sound of boat propellers or the continuous pulsation of the Earth itself, in an area with high seismic activity. Nonetheless, the acoustic data collected here is reminiscent of region-specific calls that are produced by a pod of dwarf minke whales off the northeast coast of Australia.

» We don’t know much about the distribution of this minke whale at such low latitudes. said one of the researchers.  » The species is the smallest of the baleen whales, does not spend much time on the surface, therefore remains very secretive and often lives in hard-to-reach areas. But they communicate frequently, which makes them excellent candidates for acoustic studies. « .

The appeal, however, still needs to be translated. These whales indeed normally use this kind of very specific vocalizations for reproduction and seasonal feeding, but these calls, recorded from autumn 2014 to spring 2015, seem to occur throughout the year and could well have a more complex function.