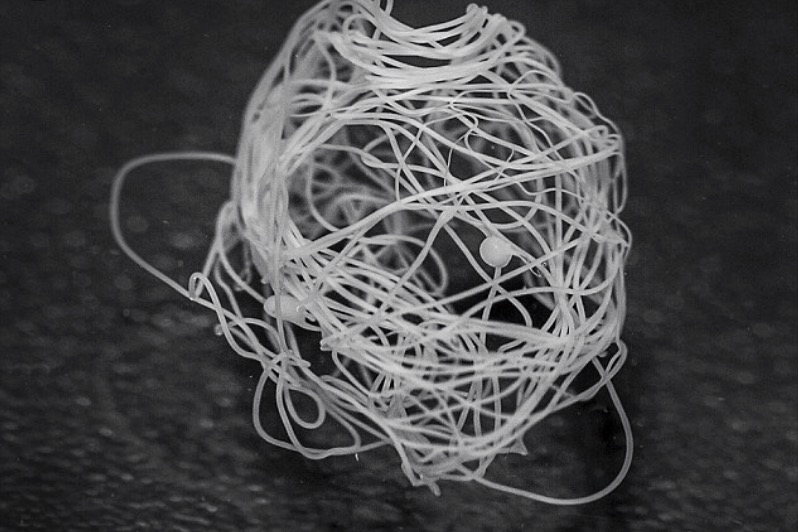 Ultra-resistant and elastic, spider silk thread has exceptional characteristics that could revolutionize textiles, surgery or even regenerative medicine. For the first time, researchers have managed to create a method of artificially producing spider silk.

Some of the long protein polymers that make up spider silk are perfectly aligned, a spatial arrangement that gives this material strength capabilities similar to those of steel wire. As for other polymers which have an intermingled spatial arrangement, they benefit there from an exceptional capacity for elasticity. Together, these characteristics make the strength of spider thread superior to that of Kevlar, an ultra-resistant material used in particular in the manufacture of bulletproof vests.

These characteristics have obviously always inspired industrialists seeking to produce this spider silk for various fields, from medicine to textiles. Different methods have been tested, such as breeding, which failed because the animals ate each other.

Transgenesis has proven successful in producing the raw material. Once identified, the gene responsible for the production of silk in the spider was implanted in other animals, such as the silkworm or sheep. Now, genetically modified sheep are able to produce milk rich in spider silk protein.

But producing silk does not mean that one is able to spin it like a spider. No one had succeeded until the recent publication of work in the journal Current Biology by a team from Uppsala University, Sweden.

Indeed, these researchers have succeeded in developing a device for spinning the produced spider silk that mimics the spider canal through which the process naturally takes place. In the spider, it is through this channel that the protein solution is expelled. Passing through this channel, the pH varies and the pressure increases, which causes the binding of proteins and the production of silk at its exit.  » This is the first successful example of biomimetic spider silk spinning “, explains Dr. Anna Rising, one of the researchers of the study relayed by the DailyMail.

This success opens the door to widespread use in the years to come, particularly in textiles where we could design lighter and ultra-resistant parts. Because spider silk thread is also biocompatible, a future in surgery and regenerative medicine is also offered.