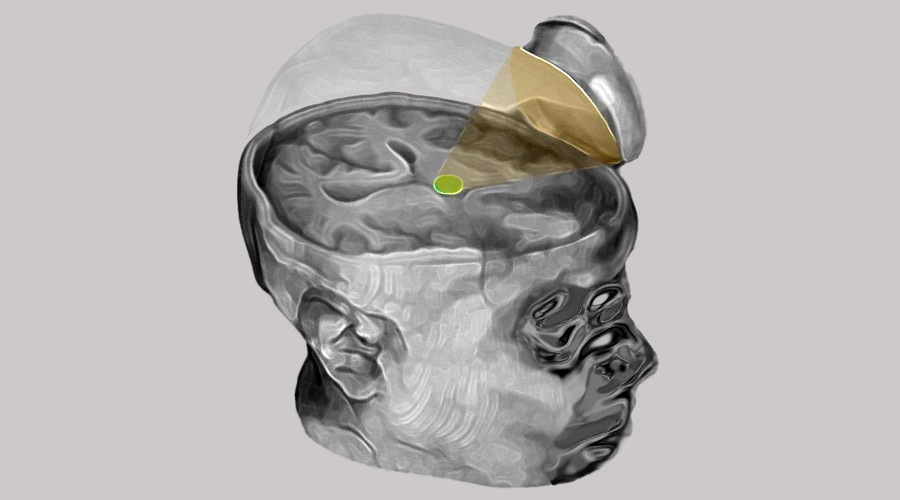 A new technique seems to be bearing fruit after American scientists succeeded in remarkably reviving the brain of a patient who had just come out of a coma, using the non-invasive technique of ultrasound. A low-cost treatment based on this technique could thus see the light of day.

It was researchers from the prestigious University of California at Los Angeles (UCLA), in the United States, who developed a new technique based on ultrasound-based stimulation to excite neurons in the thalamus, a cerebral structure in the form of essential in information processing. This approach was first used to treat severe brain damage in a 25-year-old patient who emerged from a coma and showed significant progress. Prior to this treatment, the young man showed barely any signs of consciousness and after only three days of treatment he was fully awake, able to follow and participate in conversation, and communicate through gestures.

» The changes were remarkable“, explained Martin Monti, associate professor of psychology and neurosurgery at UCLA, “ it’s as if we had restarted the neurons. Until now, the only way to achieve this has been a risky surgical procedure known as deep brain stimulation, in which electrodes are implanted directly into the thalamus, while our approach is non-invasive.  » he added.

This technique is called low-intensity focused ultrasound pulsation (LIFUP) and takes the form of a small device that creates a small sphere of acoustic energy that can be directed to different regions of the brain to “excite” brain tissue. On the 25-year-old patient, the device was placed on the side of the comatose man’s head. The scientists activated it 10 times for 30 seconds each, and this over a period of 10 minutes.

Now, more research and testing on more patients is needed to find out if it can help other people coming out of comas.  » It is possible that we were very lucky and that the stimulation coincided with his spontaneous recovery.“said Martin Monti. For the professor, in the event of positive results, this would open the door to the development of a low-cost treatment, such as a small portable device to « wake up » patients, perhaps even those who are in a vegetative state or in a minimal state of consciousness.