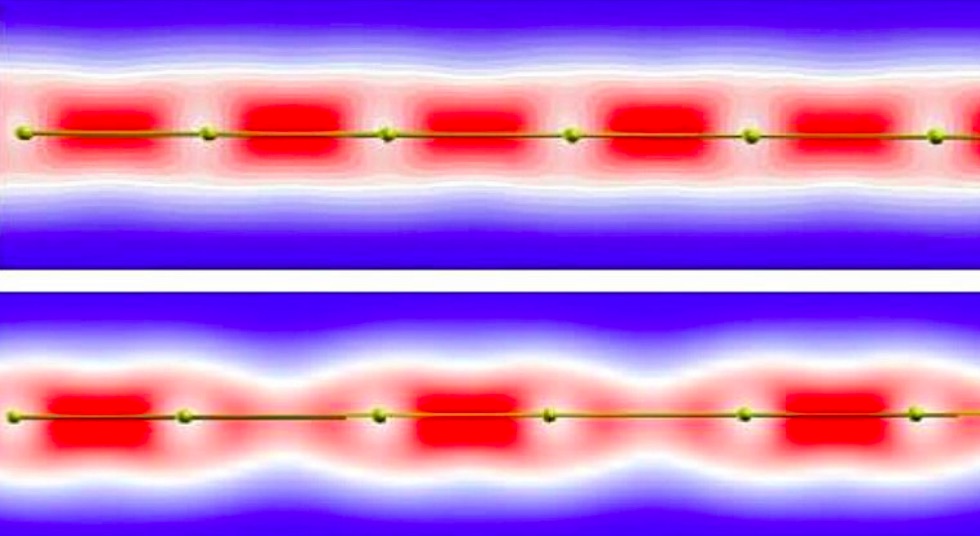 Graphene may well be the most interesting nanomaterial of the century, but boron has not said its last word. In nanotechnology, simulations probe the limits of the possible by predicting “impossible materials”. Evidenced by this new one-dimensional material that could be even stranger than graphene.

We all love graphene — that single sheet of carbon atoms with incredible properties — 200 times stronger than steel, harder than diamond, and incredibly flexible. Under certain conditions, graphene can even be transformed into a superconductor that carries electricity with zero resistance. Huge potential for electronics, biotechnology or medicine. But a team of researchers is now proposing a synthesized nanomaterial that could have even stranger properties than graphene: one-dimensional (1D) boron chains.

First of all, it is important to know that this nanomaterial was not created strictly speaking. So far, this research is only based on computer simulations. Scientists have indeed imagined a one-dimensional chain of boron atoms with potentially unique properties. To put it simply: if metallic ribbons of boron are stretched, they transform into chains of antiferromagnetic semiconductors and when released, they fold up into ribbons. The material is also designed to have mechanical rigidity on par with the most efficient nanomaterials known to science. And they can act like constant-force nanoscale springs.

Although this work is still only theoretical, everything suggests that future applications will be possible in the near future. Rice University, which specializes in computer simulations of materials that do not yet exist, has a rather positive balance sheet. The team has previously predicted and simulated the behavior of two-dimensional films of boron called borophene that are similar to graphene, as well as carbon-atom chains and fullerenes of boron. And all these materials have since been created in laboratories.

Researchers are currently very interested in antiferromagnetic materials — especially those which are also very good conductors of electricity — for the development of spintronics which exploits the magnetic and quantum property of the electron called spin. It could allow further miniaturization of electronic circuits and the production of quantum computers processing information using qubits.