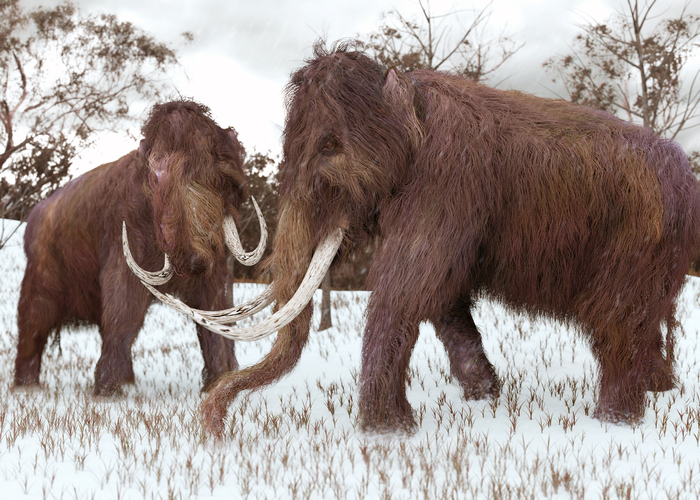 The idea is no longer of the order of fantasy or fiction. The woolly mammoth could well return to Earth more than 40,000 years after its disappearance. But by the way, why this desire to resuscitate this giant of the ice age?

Last July, we told you about the launch of the first phase of a project by Russian researchers from the Northeastern Federal University (Yakutia) and employees of the South Korean Biochemical Research Foundation SOAAM. This project aims to clone the mammoth, which disappeared some 40,000 years ago.

We are not in a cinematographic fiction, but in reality. 40,000 years after its disappearance, the woolly mammoth could return to our dear planet and be integrated into Pleistocene Park, in Siberia, which bears the name of the ice age which ran from 2.58 million to 11,700 ago. years. The creation of this park was decided by Russian scientists to try to slow down the announced thaw of a gigantic band of ice in the area. This melting would be a major disaster for the global environment, since it would release exceptional quantities of greenhouse gases into the atmosphere each year.

As we learn from Ross Andersen, a journalist from The Atlantic who immersed himself in this park to try to understand the reasons for this desire to resuscitate the woolly mammoth, to defuse this announced thaw, it is necessary to uproot the trees in the forests. of the area. This uprooting would be motivated by the return of an expanse of grass whose function would be to reflect the sun’s rays rather than absorb them, with the consequence of stopping the heating of the soil.

As Nikita Zymov, one of the scientists in charge of this huge project, explains, such an operation requires the help of the trampling of many herbivorous animals like wild horses, bison, elk and predators to keep the animals in herds. But to help uproot or break the incalculable trees in the area, the woolly mammoth would be of immense help.

Rather than trying to find the impossible to find, namely a perfectly preserved sample of woolly mammoth DNA, we will use here that of the animal with the closest genetic heritage, the elephant, to which added the characteristic features of the mammoth. Researchers led by Professor George Church of Harvard University are currently working on it.  » George Church is great. He’s on the right track, no one has ever been as advanced as him on this says Beth Shapiro, the world’s foremost expert on the subject of extinct species DNA.