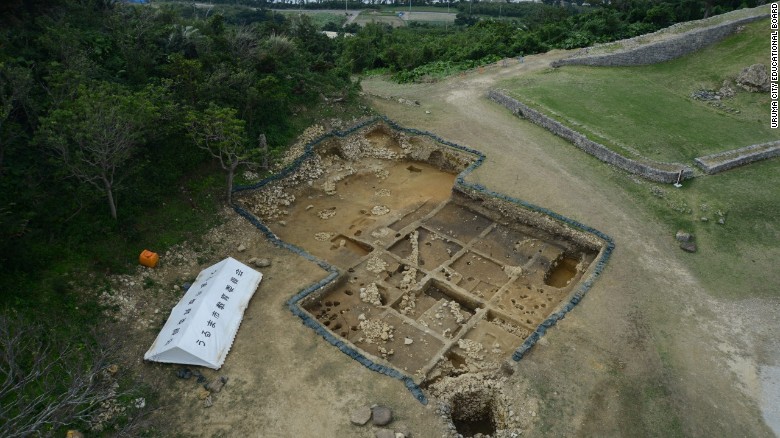 It is in the ruins of a medieval castle in Japan that local archaeologists unearthed ancient coins from the Roman Empire, dated from 300 to 400 AD. They thus bear witness to indirect exchanges between the Roman Empire and the Empire of the Rising Sun, via China.

On the island of Okinawa in Japan, Katsuren Castle, a feudal residence (12th-18th centuries) excavated since 2013, is on the UNESCO World Heritage List. It was in the ruins of this castle that at the end of last September, Japanese archaeologists unearthed four small copper coins from the Roman Empire, mixed with other currencies, including some Ottoman ones, and dated to 300-400 CE. At Okinawa International University, archaeologist Hiroki Miyagi carried out their X-ray analysis, which notably revealed a portrait of the Roman Emperor Constantine I (272-337) on one, and a soldier holding a spear on the other.

But then, how could these pieces have reached this point, the links between the Roman Empire and that of the rising sun not existing at that time?  » We do not believe that there was any direct contact between the West and Ryukyu, Okinawa Island, but we do know that there was intense trade with China and the Southeast Asia between the 14th and 19th centuries explains Hiroki Miyagi, thus suggesting a role for China in the appearance of these currencies in Japan.  » These coins may have arrived via China, as Chinese traders may have obtained them from Muslim merchants he continues.

A few days ago, an announcement was made and seems to echo this; the supposed discovery of two 2nd-century Chinese skeletons in a Roman cemetery in London, thus reminding us that the links between the West and the Far East were closer than we think. Indeed, according to Chinese annals, exchanges between the Roman Empire and China existed from the 2nd century, notably via India.