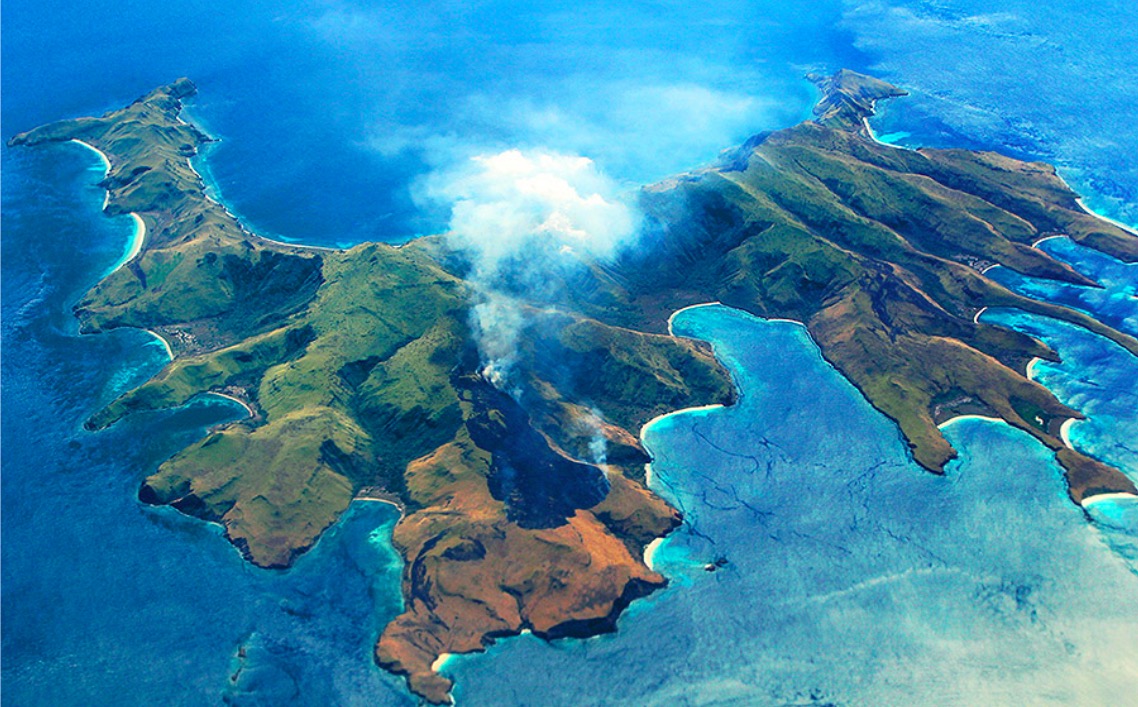 A team of researchers announces the discovery of the largest exposed fault plane identified on Earth believed to have caused the formation of a chasm seven kilometers deep and 450 kilometers long located under the Banda Sea in eastern Indonesia.

Weber Basin has been known for 90 years. It is a huge 7.2 kilometer deep sinkhole hidden near the Moluccas Islands in Indonesia. Until now, no one had been able to understand how this gigantic pool was formed. By analyzing seabed maps of the Banda region in the Pacific Ocean, geologists from the Australian National University (ANU) in Canberra and Royal Holloway University of London revealed that this abyss was formed by extension on along what may be Earth’s largest fault plane – which is the discontinuity where the slip of two uneven blocks occurred – that originated when the sea floor cracked and today spans two times the area of ​​Belgium.

When a fault forms in the earth’s crust, it consists of two main features: a fault plane which is the flat surface that breaks away and a fault line which forms where the fault plane intersects with relative to the ground surface. Here, a fault plane of about 60,000 square kilometers (twice the area of ​​Belgium) would have broken off to form this time not a fault line or a trench, but a kind of gigantic basin.

Several models had already been proposed to explain the tectonic evolution of the region, but no model explicitly represented how the basin reached this anomalous depth. A puzzle for scientists since the basin of the Moluccas Islands is now considered the deepest point in the oceans outside the classic trenches.

According to Dr Jonathan Pownall, of the Australian National University (ANU), the discovery could help geologists predict the movements of one of the most tectonically active regions in the world, but also allow a better understanding of the dangers of tsunamis in the region that notably crosses the famous Ring of Fire – an explosive region where approximately 90% of earthquakes in the world occur and where you will find 75% of all active volcanoes on the planet.