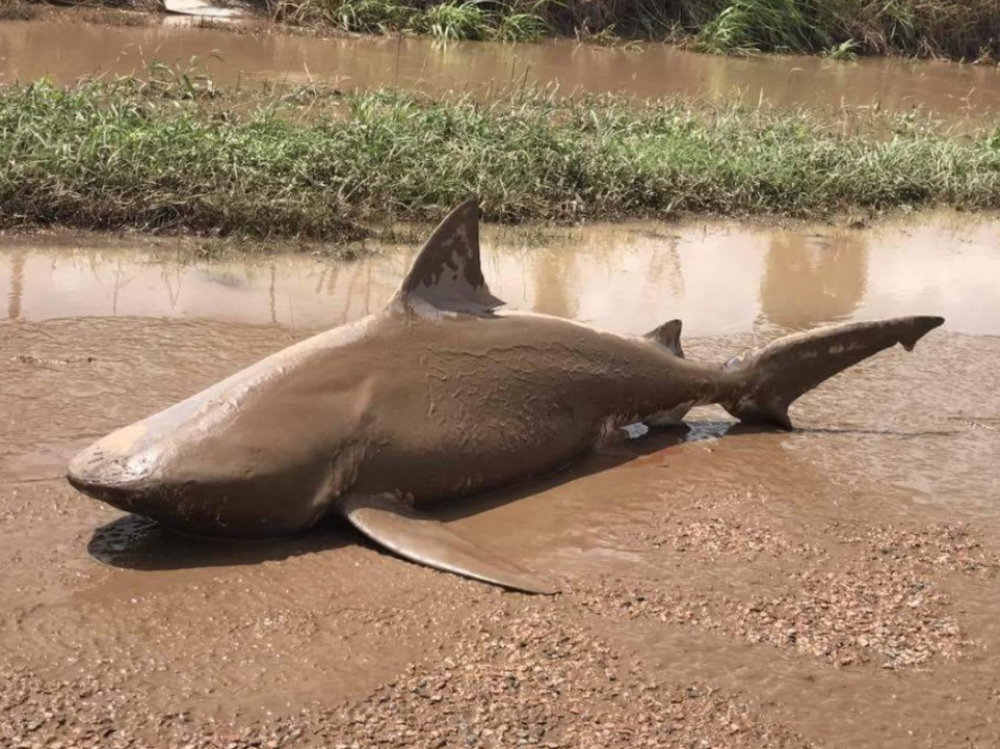 This Tuesday, March 28, 2017, Cyclone Debbie, category four then downgraded to a tropical depression, hit northeastern Australia. The authorities have alerted the population to the risk of encountering wild animals, even sharks…

Tens of thousands of people had to be evacuated from northeastern Australia, particularly from the state of Queensland, due to flooding caused by the passage of tropical cyclone Debbie. With the cyclone moving southwest, it was also New South Wales that experienced severe flooding with water levels of three meters in places.

» As we try to go see people (…), we could have very bad news. People may have perished during the night in these floods, we don’t know yet. New South Wales Emergency Services Deputy Commissioner Mark Morrow told the Australian Broadcasting Corporation.

In Queensland, authorities have alerted people to the risk of coming face to face with wild animals. « When roads are flooded, it is possible that crocodiles or animals such as snakes appear in unexpected places, » says the Department of the Environment. Crocodiles, snakes, but also… sharks. Indeed, due to the power of the cyclone, a bull shark was photographed stranded on a road in the town of Ayr. Enough to give (a little) legitimacy to the film Sharknado, an assumed turnip in which sharks rain down.

» At first I thought it was a dolphin, but I said to myself ‘well, no there are no dolphins around here. I thought there were only crocs in this river. This makes it clear to people that they should not enter flood waters, you never know what may be in there said Lisa Smith, the paramedic who photographed the shark, to the Courier Mail in Brisbane.