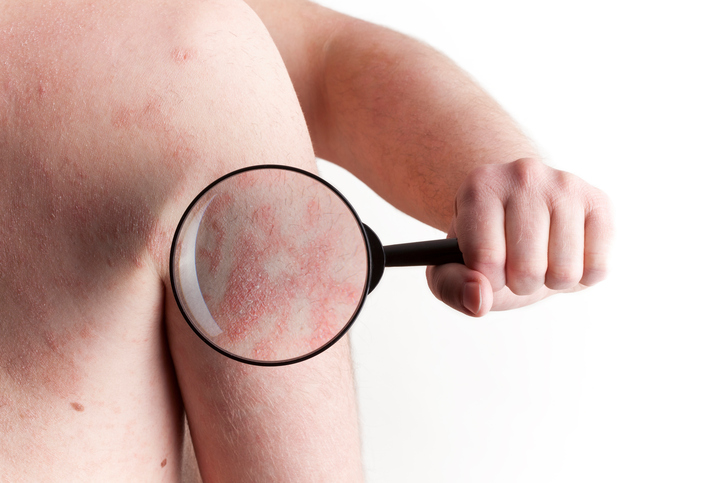 A recent study published in the journal Science Translational Medicine suggests that we could cultivate probiotics with the aim of developing personalized lotions capable of treating eczema, the most common skin disease in the world.

This new study, led by dermatologist Richard Gallo of UC San Diego, is further evidence that certain bacteria beneficial to our microbiome can be cultured and used to treat infections stimulated by harmful microbes. It also opens an additional avenue for research on antibiotics. This is excellent news in view of the current resistance observed against antimicrobials.

Our skin is filled with a mixture of healthy and harmful bacteria and the ratio between the two camps is not always the same. This sometimes observed imbalance could in particular explain why some people suffer from atopic dermatitis (AD), the most common form of eczema which inflames and irritates the skin and which affects tens of millions of people worldwide:  » People with this type of eczema, for some reason that is not yet fully understood, have a higher than normal ratio of harmful bacteria on their skin. says dermatologist Richard Gallo of UC San Diego, lead author of the study.  » They don’t produce the antimicrobials they need « .

To learn more about the composition of these bacteria populations, Gallo and his team examined swabs of skin cultures taken from 30 healthy people and 49 subjects with atopic dermatitis. After screening, they found that the skin of healthy people was rich in two bacterial species: Staphylococcus hominis and Staphylococcus epidermidis, notably known to defend against a dangerous species of bacteria called Staphylococcus aureus (staphylococcus aureus). Conversely, the team found that people with dermatitis did not have large populations of S.hominis and S.epidermis, while S.aureus was found in abundance.

To find out if it was possible to « give a little boost » to subjects whose levels of healthy bacteria were low, the researchers isolated Staphylococcus hominis and Staphylococcus epidermidis by taking them from the epidermis of five participants suffering from dermatitis. After isolating strains that counter S. aureus through the production of proteins called antimicrobial peptides (AMPs), the team grew these bacteria in the lab. Sufficient populations were then blended into a moisturizer, with each lotion personalized to the microbiome of the subject being treated. They had the same amount of beneficial bacteria as the healthy participants, about 100,000 colony-forming units per square centimeter of skin.

After applying the lotion to the participants’ arms, S. aureus disappeared completely in two patients in just 24 hours, and significantly in the other three. The sample is small, but the researchers are confident and convinced that they have an important basis for a possible future treatment:  » We now have a rational therapeutic approach for atopic dermatitis using bacterial graft technology “said Gallo in a press release.

For broad-spectrum antibiotics that kill a wide range of bacteria (both good and bad), this new technique would allow researchers to grow strains that only target harmful bacteria. So there are reasons for optimism. The team is already planning to conduct a much larger clinical study involving 60 patients using personalized lotions applied over longer periods (weeks and months) to see how the treatment reacts over the long term.