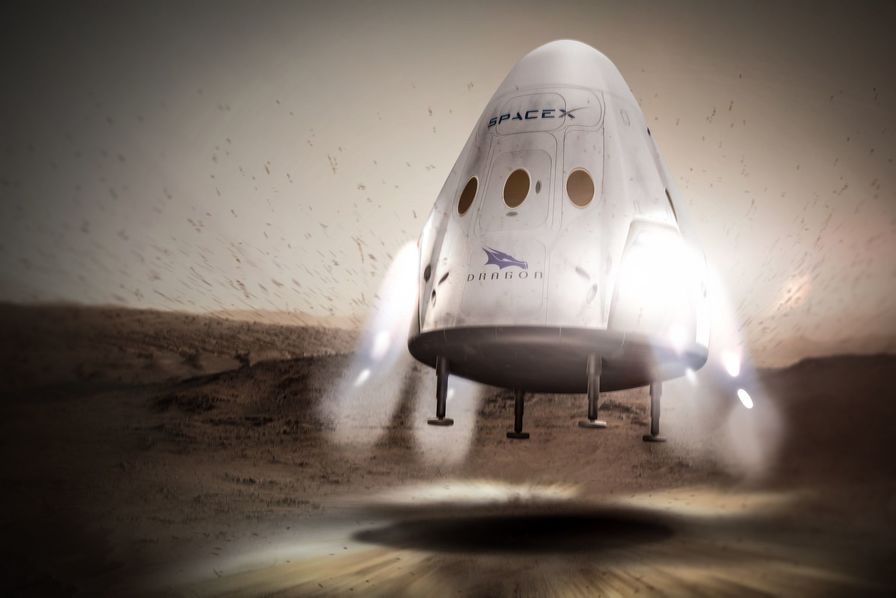 The medium-term space future does indeed appear to be heading towards Mars and with this in mind, SpaceX is working with NASA to identify potential landing sites for both its Red Dragon lander and manned missions. later on the red planet.

Before thinking about the future missions that will land on Mars, what we intend to look for there and the colonies that we think to establish there, there is an essential question to elucidate: where to land on Mars? The SpaceX company seems set on getting to the red planet by first sending Red Dragon, its Mars lander derived from the SpaceX Dragon space cargo ship, there first.

During a symposium that took place on Saturday March 18 concerning the exploration of the Martian surface and sample returns, Paul Wooster of SpaceX said that the company had worked in collaboration with the JPL (Jet Propulsion Laboratory) of NASA, which allowed them to identify four potential landing sites, including one that is very promising. All are located in the northern hemisphere of the planet.

The complexity in the identification of these sites is at the level of the contradictory criteria which are essential. Indeed, it is necessary to be close enough to an access to large quantities of ice near the surface to be able to support the establishment of a human colony. At the same time, the site will also need to be close enough to the equator to have access to solar energy and benefit from better thermal conditions. Thus, emphasis has been placed on four sites that do not exceed latitudes of 40° with respect to the equator.

Three regions, Deuteronilus Mensae, Phlegra Montes, and Utopia Planitia, looked ideal from the medium-resolution camera images of the MRO (Mars Reconnaissance Orbiter). However, when these regions were studied with the high-resolution images of HiRISE (High Resolution Imaging Science Experiment), another camera installed on the MRO probe, these three sites turned out to be very rocky.

The cursor is likely to be placed on a fourth region, Arcadia Planitia, which seems to meet all the conditions for a safe landing and where it would be possible to work well. This site indeed offers flat, polygonal terrain with few (or no) rocks.