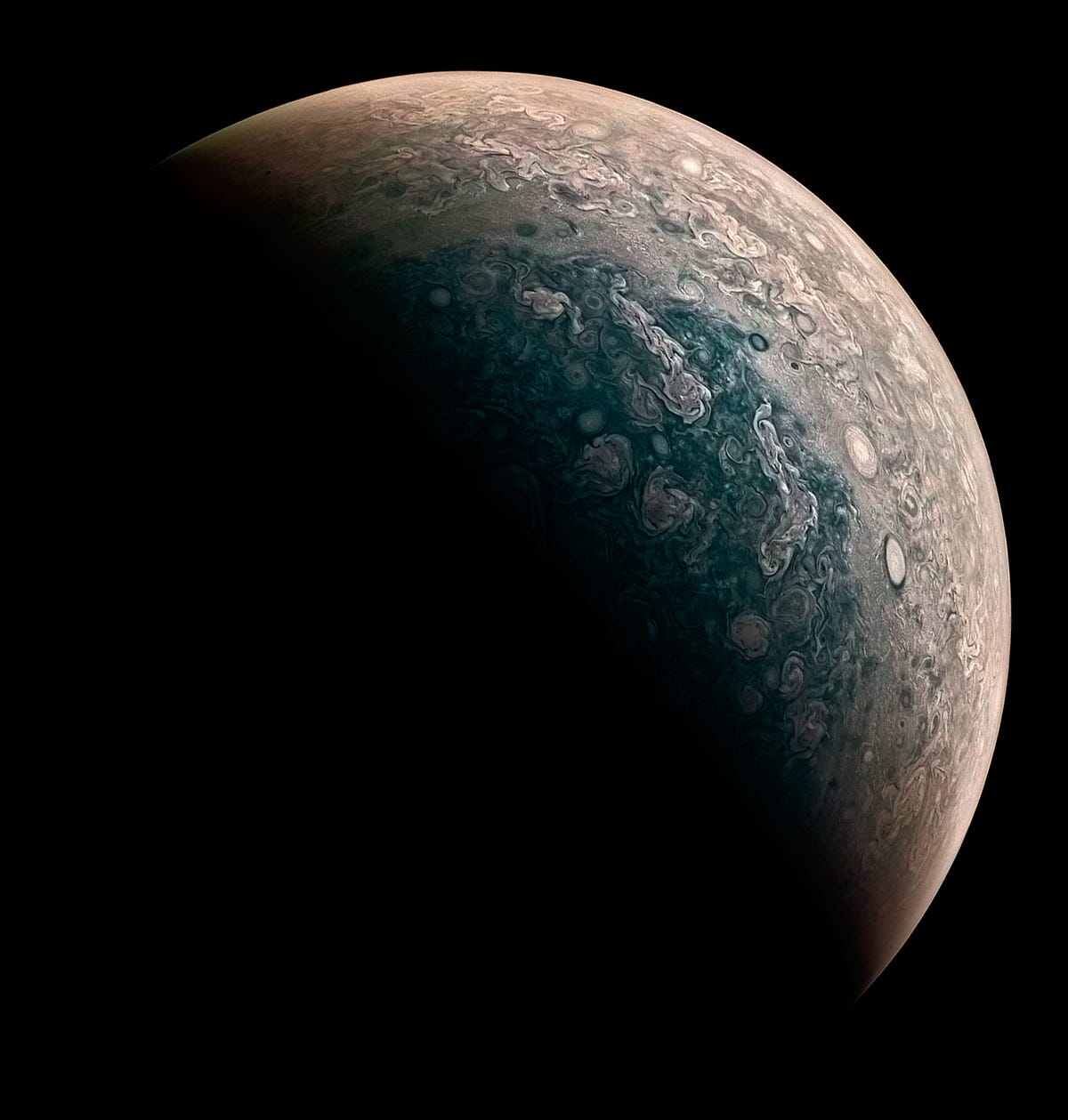 NASA space probe Juno sends us exceptional photographs taken over the poles Jupiter, the gas giant larger and more massive than all the other planets in the Solar System combined.

A few years ago, we would have paid a lot to even see these photos. Who thought 20 or 30 years ago that a probe the size of a basketball court would venture near Jupiter, some 670 million kilometers from Earth, to send us its most beautiful shots? NASA’s billion-dollar spacecraft will have taken five years to reach its target, but the journey will have been worth it. Evidenced by these photos of the poles of Jupiter published a few hours ago by NASA.

NASA’s Juno space probe had already given us an exceptional photo of Jupiter in January, captured on December 11 by the JunoCam camera. This time, place at the poles of the giant. We then see strange cloud formations and mysterious auroras. These images, which were sent to the agency in black and white, were then colorized.

This one colored in green reveals other details:

And here’s a close-up of Jupiter’s swirling clouds:

Finally, here are some close-ups of Jupiter’s strange cloud formations:

Juno performs a wide orbit around the planet to minimize its time inside radioactive zones, which could damage its electronic system. It currently approaches Jupiter once every 53 days, but NASA recently announced that it plans to activate the probe’s thrusters as early as next October so that it can approach more often, in performing an orbit of about two weeks. To date, Juno has already completed five orbits around Jupiter.