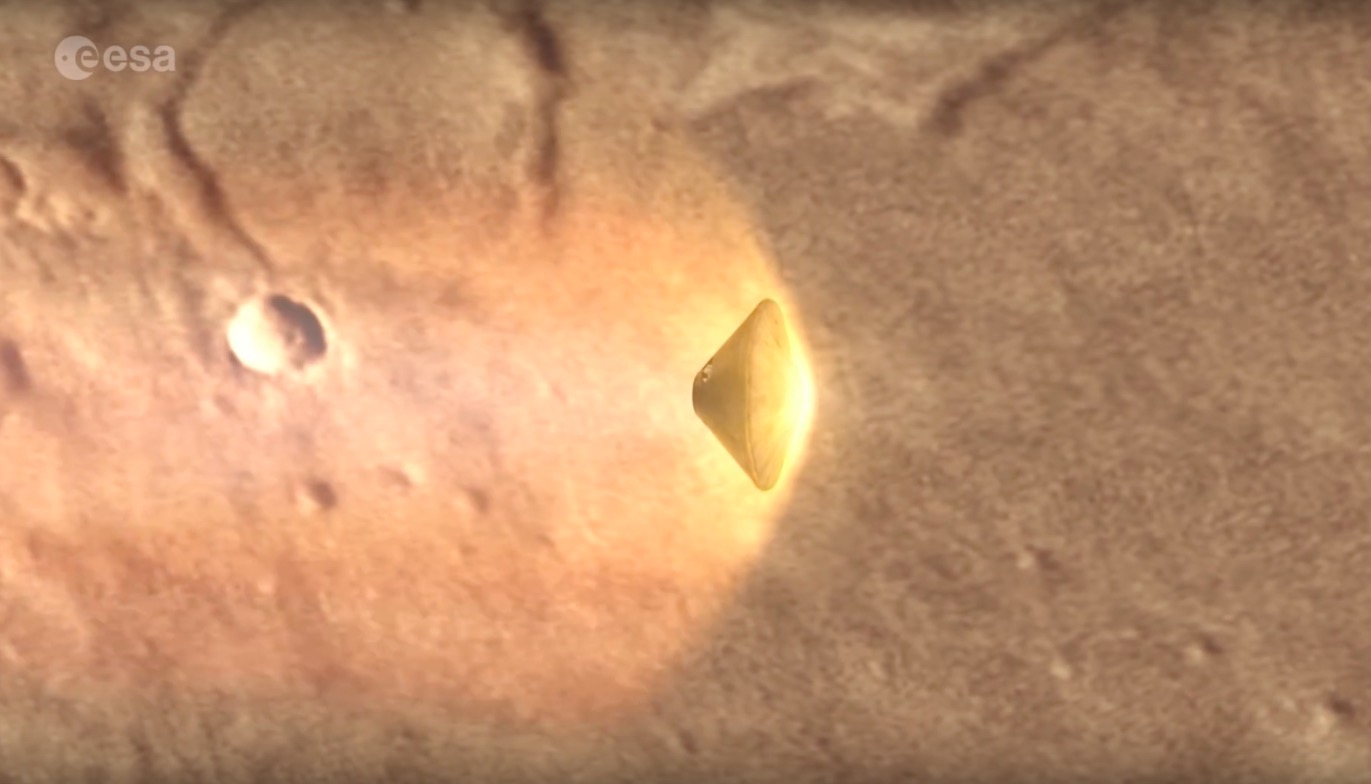 The European Space Agency (ESA) confirmed this Sunday, October 16, shortly after 5:00 p.m. from its control center in Darmstad (Germany), the separation between the Trace Gas Orbiter (TGO) probe and the Schiaparelli lander module, after a trip of seven months. This module must now land on the red planet.

It was on March 14 that the Russian-European Exomars mission left Earth from the Baikonur space base in Kazakhstan, and after a seven-month journey, the TGO satellite, for Trace Gas Orbiter, and the Schiaparelli module perfectly separated to begin their respective missions. While the TGO satellite will remain in orbit around Mars to analyze the gases present in trace amounts in the Martian atmosphere, the module will land on Martian soil, and has therefore begun its descent.

A three-day descent which, if successful, will be a great first for Europe since, until now, only the Americans have managed to land functional devices on Mars (Curiosity, Opportunity, etc.) . A first attempt had indeed been made in 2013 with the mini-lander Beagle 2 which had failed to deploy its solar panels and had then lost all contact with the Earth.

This mission, called Exomars 2016, is the first of two stages, which will continue in the course of 2020. Here, the main role of the Schiaparelli module will be to test the technology for the other joint mission, Exomars 2020, which will drop off at the surface of Mars a Russian platform carrying a European vehicle. During this mission, the 310 kg vehicle will be equipped with 9 scientific instruments dedicated to the study and analysis of the soil during one Martian year (687 Earth days).  » A drill will be able to take samples up to 2 meters deep. At this depth, any organic compounds are preserved from the effect of radiation and oxidants which destroy them. »