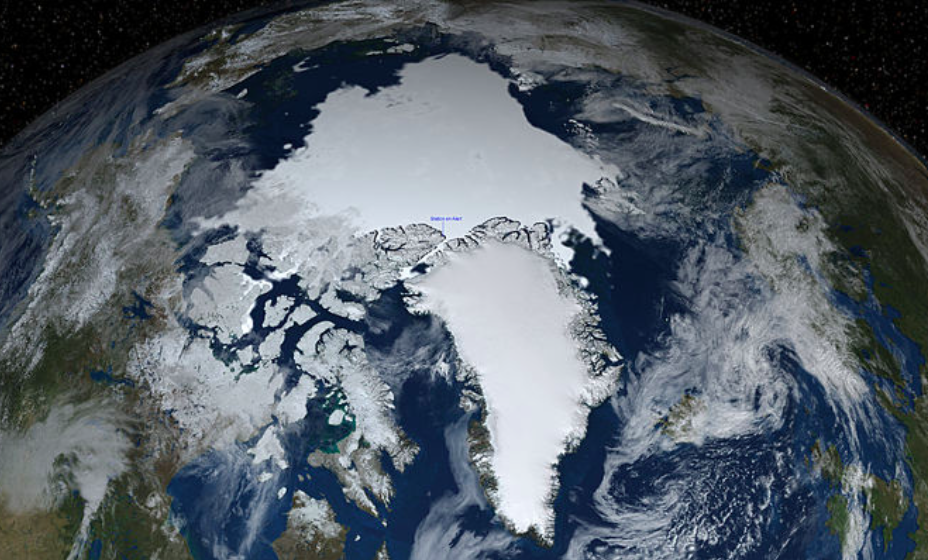 » By September this year, the Arctic will reach less than a million square kilometers of ice“, announced a professor from the University of Cambridge. Worse, according to estimates, for the first time in more than 100,000 years, the Arctic could become ice-free.

Professor Peter Wadhams, head of the Polar Ocean Physics Group at the University of Cambridge, told UK daily The Independent that the latest data overwhelmingly confirms a controversial prediction he made four years ago.  » My prediction states that the Arctic ice could well disappear. By September this year, the Arctic will have less than a million square kilometers of ice he says.  » Even if the ice does not disappear completely, it is very likely that it will be a banner year. I am confident that the total Arctic area covered by ice will be less than 3.4 million square kilometres, the current record adds Peter Wadham.

To find traces of the Arctic at this ice-free point, scientists have to go back between 100,000 and 120,000 years. The rapid warming of the polar region is linked to extreme weather phenomena such as « weather bombs », floods in the United Kingdom or even off-season tornadoes in the United States. To this must be added the fact that the sea ice off the northern coast of Russia, which is supposed to isolate the water under it in order to keep it cold, no longer exists for a good part of the year, which contributes to the considerable warming of the sea in this region.

Nevertheless, other scientists, if they do not refute the observations, are still skeptical about the dates put forward by Professor Peter Wadhal. This is the case of Professor Jennifer Francis of Rutgers University (United States), who has studied the impact of the changes observed in the Arctic on the climate of the entire northern hemisphere, and who has estimated that this phenomenon would not occur before the years 2030-2050.