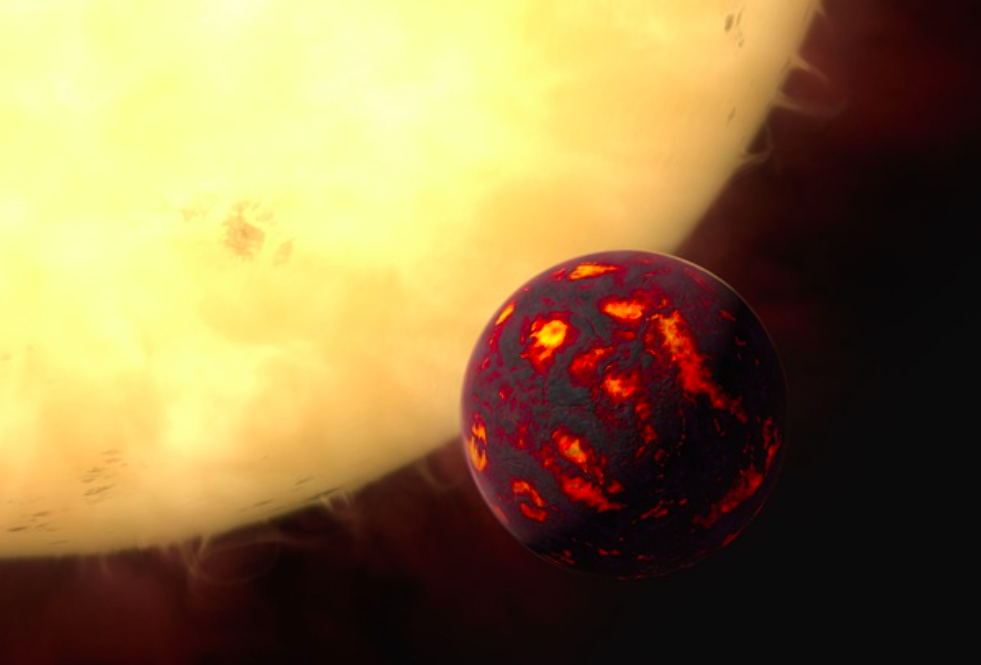 Scientists have been able to detect and analyze the atmosphere of the recently discovered « super-Earth » 55 Cancri e. And the least we can say is that it is clearly not a planet where it would be good to live.

Discovered in 2004 (and its transit was observed in 2011), 55 Cancri e is an exoplanet orbiting the star 55 Cancri A, a yellow dwarf located at a distance of about 40 light-years from the Sun, in the zodiac constellation of Cancer. A few days ago, scientists from the University College of London, in collaboration with NASA and ESA, announced that they had detected and analyzed the atmosphere of this “super-Earth”. A great first that we owe, once again and in part, to Hubble.

More specifically to the wide-field camera Wide Filed Camera 3, on board the telescope, which allowed a determination of spectral information. Analyzed by various computer tools, these spectroscopic data revealed a strong presence of hydrogen and helium: “ This is a very interesting result, as it is the first time that we have been able to find spectral fingerprints that show the gases present in the atmosphere of a super-Earth. explained the researcher Angelos Tsiaras from UCL.  » Observations of the 55 Cancri e atmosphere suggest that the planet managed to store a significant amount of hydrogen and helium from the nebula from which it originally formed « .

Unfortunately for those who yearn to be able to leave Earth one day, 55 Cancri e will never welcome life. Human, at least. Its exotic atmosphere entirely composed of hydrogen, helium and also containing traces of hydrogen cyanide – a deadly poison – makes it a pale candidate. There is no water either, and the surface temperature can reach 2000°C. Not surprising given the close proximity to its star, which it circles in just 18 hours.  » It may not be a planet I want to live on,” concludes Jonathan Tennyson, neither do we.