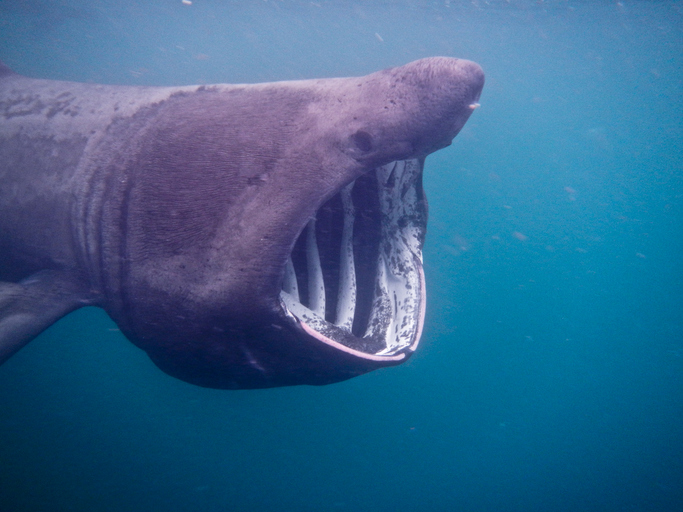 Seen a year ago off the coast of Brittany, Anna, a basking shark, sees her movements being tracked thanks to a beacon placed on her skin which is triggered each time the shark comes to the surface.

It was in May 2016 that the 6.50 meter long basking shark was observed for the first time off Brittany. On May 15, 2016, scientists from the Association for the study and conservation of selachians (Apecs) installed a beacon on the skin of the shark to study its movements and learn more about the daily life of this species.

Indeed, the basking shark remains quite mysterious.  » It is not known how many are left or where they are breeding. We also do not know how to determine their age. “Explains Alexandra Rohr, Apecs project manager. To be able to follow its movements, Anna (the name of the basking shark studied) must come to the surface for the beacon to be triggered. The last time this happened was last January.  » It was seen in Ireland in May, then near the Isle of Man in July before returning to northern Scotland in August. It was only seen on the surface in January, in southern Morocco, near Mauritania « .

What intrigues scientists in particular is that this is the very first time that a basking shark has been observed so far south. This journey raises questions that Apecs scientists hope to answer by installing beacons on other specimens. Last weekend, two outings were made without success for this purpose between the points of Trévignon and Penmarc’h, in Finistère.  » We saw dolphins, but no sharks. Unlike dolphins or whales, nothing forces sharks to come to the surface. They just come and eat a little plankton and sometimes let their fin show « .

So, to facilitate the work, the Apecs is calling for witnesses for anyone who has seen the shark near the coast of Brittany, the latter being completely harmless to humans. Also, to finance the purchase of new beacons, Apecs has launched a crowdfunding campaign.