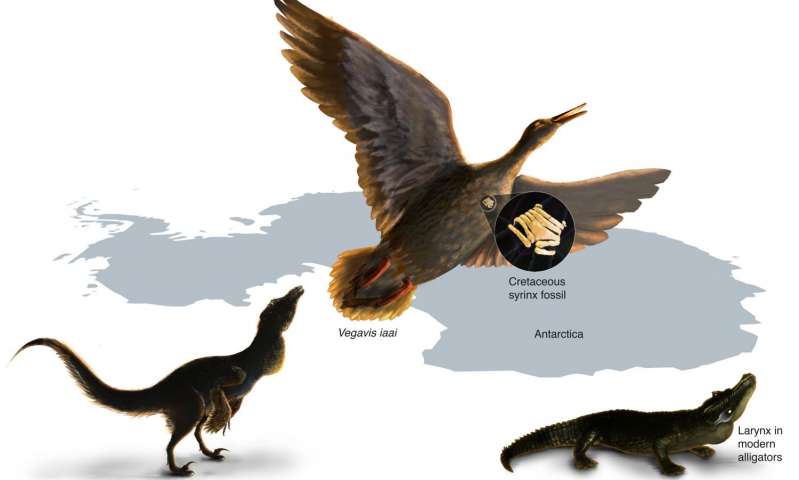 You like, like everyone else, to wake up to the sweet songs of birds. Dinosaurs too. At least they suffered it! In any case, this is revealed by a new study published in the British journal Nature suggesting that birds could already chirp and therefore communicate 66 million years ago.

It was the discovery of a « Vegavis iaai » in Antarctica on the island of Vega that put researchers on the path (do you have it?). By studying the fossil of one of the oldest « modern » birds, which resembled today’s geese and ducks and which already existed in the Cretaceous 70 million years ago, the researchers were able to detect the presence a syrinx, the oldest known vocal organ of a bird allowing birds to emit vocalizations (like the larynx in humans).

» The fossil syrinx shows an asymmetry which is also present in ducks and which allows whistling and honking », explains the researcher. Sounds that may have allowed them to communicate with each other and create bonds.

» Our study proves that birds could call each other over the heads of dinosaurs “Explains Julia Clarke of North Carolina State University in Raleigh, who is also co-author of the study published in the journal Nature.

The fossil was discovered in 1992. However, it wasn’t until 2013 that Julia Clarke noticed that the fossil housed a syrinx. Incidentally, it was this same bird that had already allowed Julia Clarke to assert that modern birds were contemporaneous with dinosaurs.