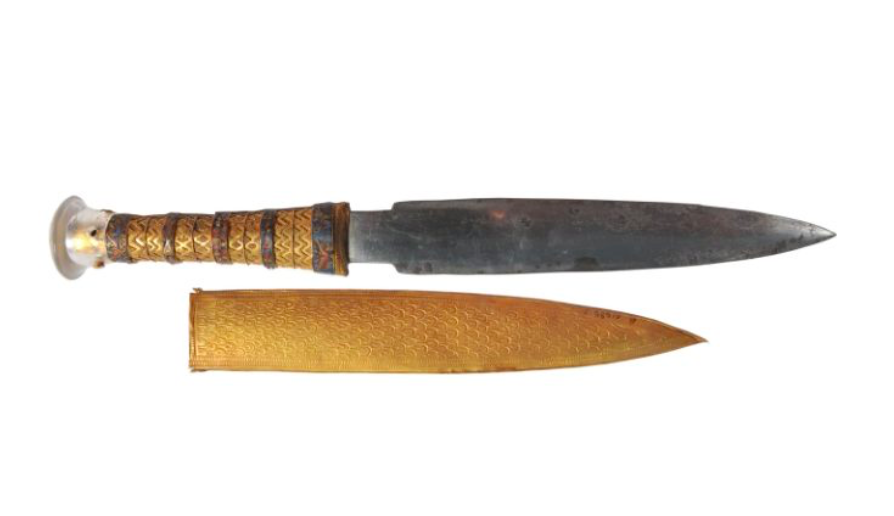 This 18th dynasty pharaoh had in his possession a very precious dagger so much so that it was buried with him. According to a recent study, the blade of this dagger would have been forged in an extraterrestrial metal.

Tutankhamun (-1345/-1327) was the 11th pharaoh of the Eighteenth Dynasty of the New Kingdom of Egypt. He is also the son of the famous pharaoh Akhenaten. Tutankhamun’s tomb was discovered in 1922 and the dagger has been known since 1925, currently on display in the Cairo Museum.

The dagger was discovered in the sarcophagus, near the pharaoh’s thigh. Accompanied by its gold scabbard, it ended with a rock crystal at the end of its handle. Until today, the blade was considered to be made of iron, but researchers have recently clarified what type of iron it is. 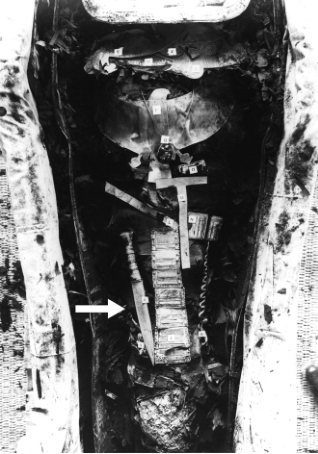 The study, published in the journal Meteoritics and Planetary Science, is the result of the collaboration of researchers from the Polytechnic School of Milan, the University of Pisa and the Egyptian Museum in Cairo. This team therefore confirmed that the homogeneous metal of the dagger was of extraterrestrial origin, more precisely of meteorite origin. To reach this conclusion, the researchers used a non-destructive technology: X-ray fluorescence spectrometry.

“Meteoritic iron is clearly indicated by the presence of a high percentage of nickel” indicated Daniela Comelli, from the Physics department of Milan Polytechnic at the Seeker site.

This is because iron meteorites are made mostly of iron and nickel, with small amounts of sulfur, phosphorus, cobalt, and carbon. Iron artifacts commonly found are at best 4% nickel, but Tutankhamun’s dagger is 11% nickel. However, what made it possible to confirm the meteoritic origin of the dagger is its cobalt content, which is substantially the same as that of the iron meteorites analyzed. The researchers even tried to specify which meteorite it was.

“We searched for all listed meteorites within a radius of 2000 km around the Red Sea, and we ended up with 20 iron meteorites. There is only one, named Kharga, which is possibly consistent with the composition of the blade. » This fragment was discovered in the year 2000 on the plateau of Marsa Matruh, a port located nearly 250 km from the city of Alexandria (Egypt).

Generally speaking, the study demonstrates that the Egyptians placed a high value on ferrous pieces that fell from the sky, considering them to be divine. They therefore made sumptuous works of art set with precious stones.

In the tomb of the pharaoh Tutankhamun, other elements of extraterrestrial origin were discovered such as a pectoral, a sort of large necklace covering the chest with a beetle-shaped amulet, and the latter is made of glass. However, it is a natural silica glass usually present in some remote desert areas in Libya, produced by the impact of a comet or meteorite.