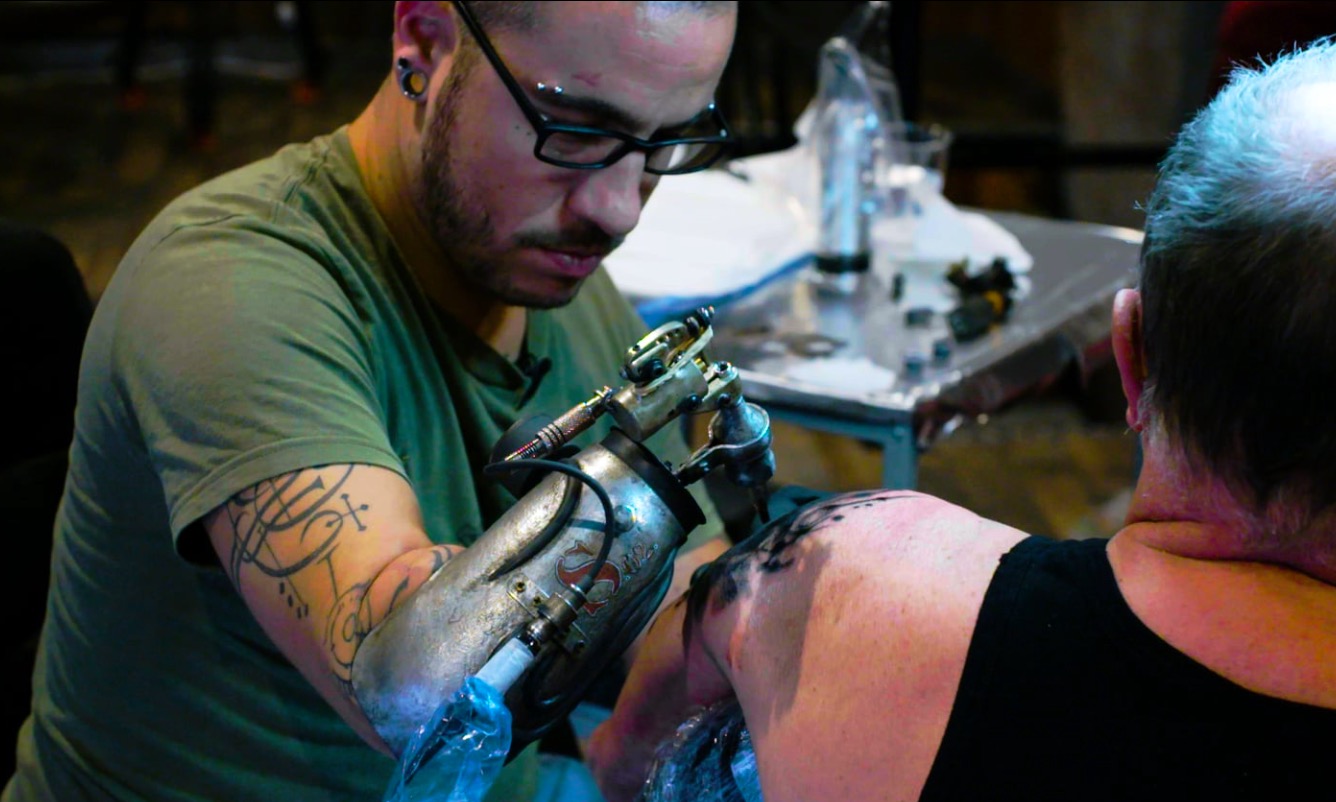 Prostheses offer increasingly impressive prospects year after year. Here is a very nice story: this Frenchman had lost his forearm at the age of 10, but had a vocation to practice the profession of tattoo artist.

Not only has the latter succeeded in his project, but he has above all the particularity of tattooing his clients with his robotic prosthesis for 8 years now.

His prosthesis, JC « Sheitan » Tenet had the idea to make it evolve with the help of the artist Jean-Louis Gonzal, a kind of taxidermist out of the ordinary since delivering incredible works on the theme of biomechanics.

In the video The Cyborg Tattoo Artist, the two men explain in particular their exchanges in tattoo conventions where the artist exhibited his creations. Fascinated by the work of Jean-Louis Gonzal, JC Sheintan Tenet did not hesitate long before asking him if he could design him a prosthesis with a machine that could allow him to tattoo.

The prosthesis in question is made up of an old prosthesis and old parts, but everything works wonderfully, especially the main component of the arm: the dermograph. The interested party describes his new arm as “much more interesting” (than a normal arm).

JC Sheitan Tenet does not hesitate to show off, like a few months ago at the last Tattoo Motor Show which took place in June 2016 in Davézieux in Ardèche (07), in order to give a demonstration.

Obviously, the usefulness of this mechanical arm is mainly for tattooing, but the aesthetics were not neglected by Gonzal who really wanted to create a unique and atypical piece. If you are near Lyon and a tattoo lover, do not hesitate to try the experience at the BAD GRASS Tattoo Gallery!

Here is the story of JC “Sheitan” Tenet in video: