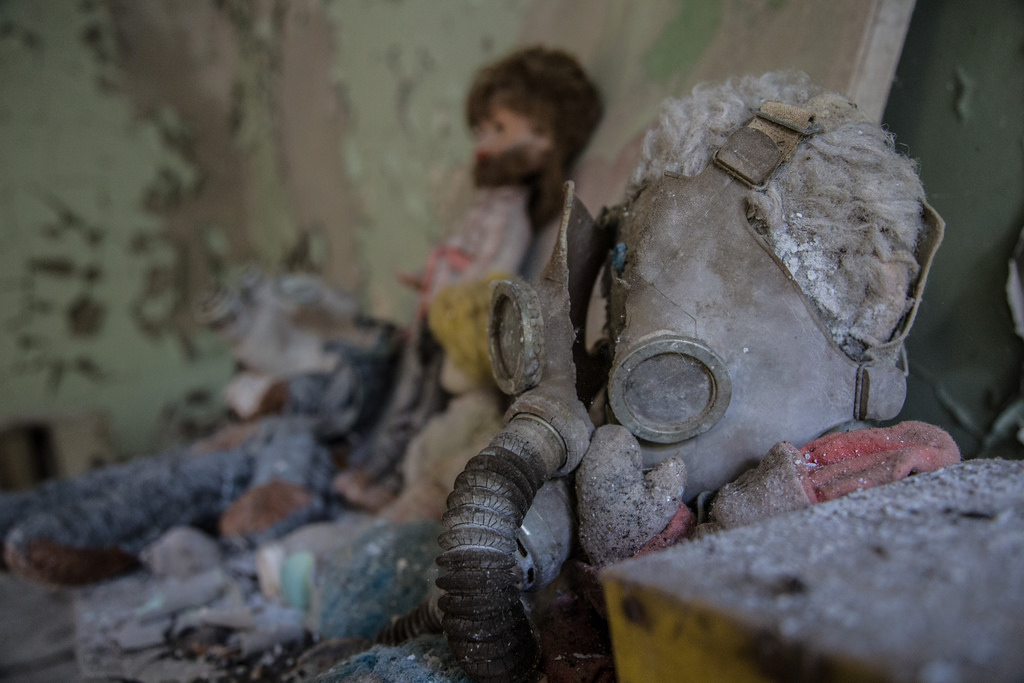 This Tuesday, November 29, 2016, Ukraine inaugurates the dome that will cover the damaged reactor of the Chernobyl nuclear power plant site with the aim of ensuring safety on the site for the next hundred years. A gigantic project.

With a mass of 36,000 tons (equipment included), a height of 108 meters and a length of 162 meters, the covering dome of the damaged Chernobyl reactor inaugurated on Tuesday November 29 at 10:00 GMT has exceptional characteristics. Its financing is also with more than 2 billion euros financed by the international community with the objective of ensuring security on the site for a hundred years.

These dimensions amount to cover the Stade de France or the Statue of Liberty “, as explained in a press release by Novarka, joint venture of the French groups Bouygues and Vinci at the origin of the design of the arch. This design precisely provides for both the confinement of the radioactive materials and the existing sarcophagus, but also the future dismantling operations of reactor number 4 thanks to the various equipment of this confinement bell.

The Chernobyl disaster dates back thirty years, it was April 26, 1986. A first « sarcophagus » had been built in the space of 206 days by about 90,000 people to isolate the damaged reactor. A 7,300 ton sarcophagus built under extremely difficult conditions.  » This was done through the superhuman efforts of thousands of ordinary people. What were their means of protection? They worked in ordinary construction worker outfits! says Anna Korolevska, deputy director of the Chernobyl Museum in Kyiv.

This first sarcophagus had an expected lifespan of around 30 years, but reinforcement and repair work had to be carried out several times in 1999, 2001, 2005 and 2006.” It is a potentially dangerous construction that poses a threat to the environment and to the population. “Says Sergi Paskevitch of the Institute for Safety Issues of Nuclear Power Plants of the Ukrainian Academy of Sciences in remarks relayed by sciences & avenir.

The installation of this new arch was therefore essential and it will be able to withstand, in particular, an earthquake with a maximum intensity of 6 on the Mercalli scale. This will be operational at the end of 2017.