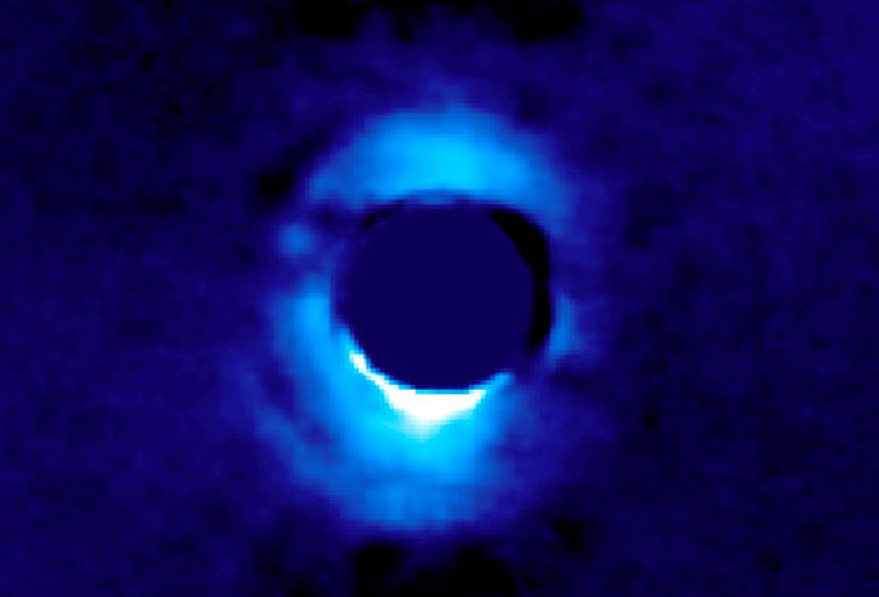 A new imaging tool used at the WM Keck Observatory in Hawaii has made it possible to photograph a young planetary system: a ring of dust forming around a young star called HD 141569A, located 380 light years from Earth.

We now know how to detect exoplanets – planets moving around stars other than our sun. Today there are more than 3,400. But if we know how to guess their presence by calculations, it is still difficult to observe them directly. But at the speed of progress, direct imaging of exoplanets should soon be refined and allow great advances in the field. The Keck observatory has also just celebrated its first images taken thanks to its new instrument: a “vortex” coronagraph, which allows researchers to observe planets orbiting as close to their star as Jupiter to our Sun. This technique also makes it possible to immortalize the protoplanetary discs, made of gas and dust, which surround a young star and provide the raw material for the formation of its planets.

That is what is at issue here. Two studies published in the journal The Astronomical Journal reveal recent images captured using the cornograph. It shows a ring of gas and dust forming around a young star called HD 141569A, located 380 light-years from Earth. The instrument also spotted a young brown dwarf known as HIP 79124 B, orbiting its star at a distance 23 times that which separates the Earth from the Sun (150 million km). (A brown dwarf is an aborted star, too small for nuclear reactions to sustain in its core, but too massive to be considered planets).

Studying images from HD 141569A, astronomers also detected grains of olivine in the planet-forming material around the young star. Olivine is one of the most abundant silicates in the Earth’s mantle and therefore could be an early sign of planetary formation in this region. The researchers intend to continue to scan the sky to monitor whether volatile molecules such as water, methane or carbon dioxide can condense into solid grains of ice to form rocky planets or gas giants.