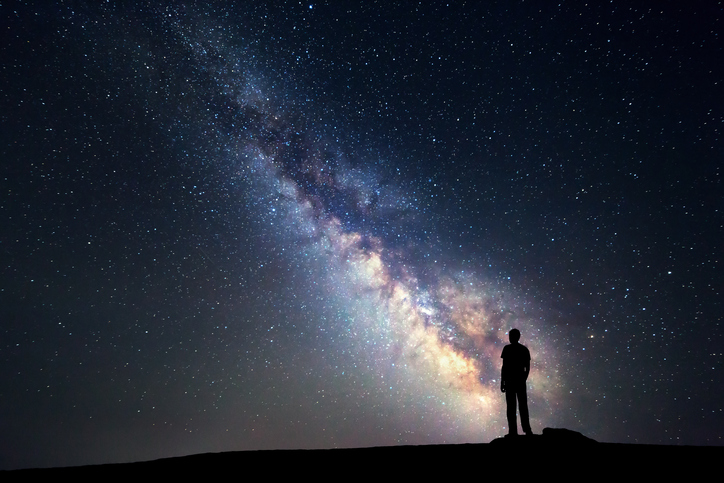 The more astronomers discover new exoplanets around distant stars, the greater the enthusiasm for the discovery of possible traces of life “elsewhere” in the Universe. The idea advanced by the SETI (Search for Extra-Terrestrial Intelligence) suggests that if an advanced civilization exists in our galaxy, it would have directed lasers in our direction deliberately or inadvertently. This is why some researchers “scan” the sky to detect any telltale artificial signals. A recent study by researchers Nathaniel Tellis and Geoff Marcy, of the University of California, Berkeley, today reveals the first results of the most comprehensive survey of its kind conducted to date.

For this new study, they looked at light coming from 5,600 stars in our own Milky Way, most within 100 parsecs (about 300 light-years). Among them, 2,000 are designed to accommodate hot Earth-like planets. Astronomers recorded the spectroscopic signals from these stars based on historical data made by the Keck Telescope in Hawaii between 2004 and 2016. They then devised an algorithm with the aim of detecting unusual laser bursts by cutting out the background light emitted by each star, allowing researchers to detect artificially created pulses that could be the much-wanted sign. But nothing was detected.

The image below shows us in particular one of the « false positives » presented in the study caused by heated gases around a star:

Of the 67,000 spectra studied, about 5,000 indeed merited further investigation. But none turned out to provide convincing evidence of extraterrestrial laser activity.

The false positives were notably classified into three categories. More than half were caused by known emissions of molecules into the Earth’s atmosphere. Another group of false positives are the result of broadcasts from the parent stars themselves. In the final group of 1,000 of them, some were caused either by internal reflections in the telescope or by the impact of high-energy particles such as cosmic rays.

These results will obviously be judged “disappointing” by some, but the number of stars sampled must be put into perspective with the number of stars in our galaxy. This is only a fraction; fraction which would have in addition to that diffused a signal intentionally or not towards our direction. A very advanced civilization may also have passed far beyond this type of laser communication system. These signals are relatively easy to spot from Earth, which is why scientists have been looking into them. Unlike radio signals, laser signals are degraded very little in space.

That being said, Man, whom we can consider relatively “advanced” despite appearances, does not broadcast laser signals towards distant worlds either. In other words, if this study had considered Earth 325 light-years away, no signs of life would have been spotted. And yet, we are here.