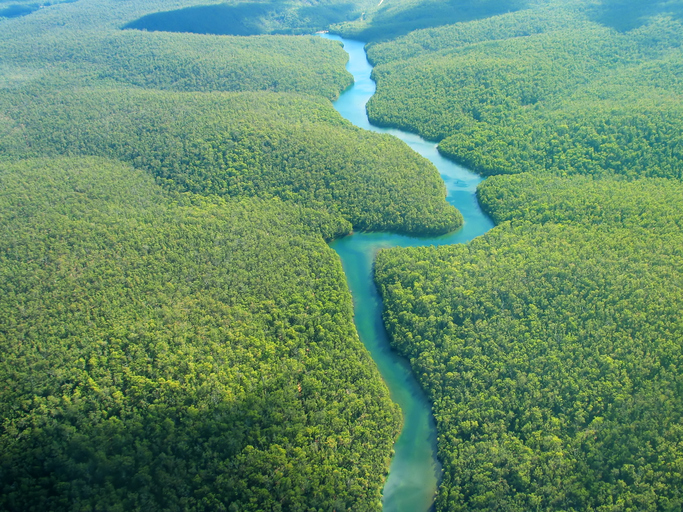 According to a new study by Brazilian researchers, the Amazon River formed earlier than estimates made until today. To date its formation more effectively, scientists have used new techniques.

The Amazon is a river record since it is the longest in the world with its 6,437 kilometers. It also has the largest hydrographic basin in the world spanning an area of ​​6,112,000 km2, or 40% of South America. The Amazon, whose source comes from a small stream in the mountains of Peru, ultimately contributes a fifth of the water discharged into the oceans.

The immensity and the environmental difficulties of the areas crossed by this river make it not easy to study it to such an extent that the date of its formation was still an enigma until today. There were still estimates from previous research, a dating between 7.5 and 8.4 million years.

A recent study tends to give more seniority to the formation of this giant river. This is the CLIM-AMAZON project led by Brazilian researchers receiving support from the European Union. Farid Chemale, lead author of the publication in the journal Global and Planetary Change, says the project has enabled the application of “high resolution analytical techniques never before used in the region”.

The researchers were rather ingenious since they analyzed the bottom of the river at the level of its delta, the latter containing sediments “its evolutionary history”. The scientists even went so far as to take sediments from an offshore hydrocarbon well sinking 4.5 kilometers deep.

After analyzing the samples, the researchers estimated that the formation of the Amazon occurred between 9 and 9.4 million years ago. So not only would this river have formed earlier than we previously thought, but the dating range has also narrowed! Finally, the dating of the Amazon is important to many scientists studying South America’s past. Indeed, by its length and width, this river has simply separated the Amazon in two, which has allowed many living species to evolve differently on each side.