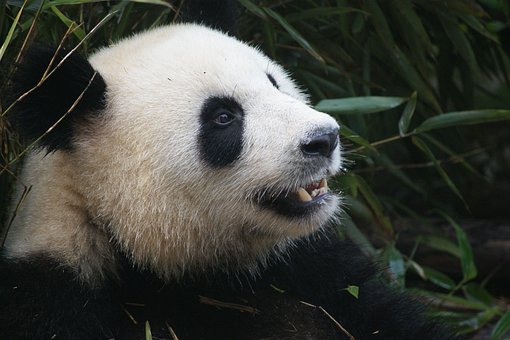 The International Union for Conservation of Nature (IUCN) has updated its Red List of Threatened Species and there are several lessons to be learned. If the giant panda gets out of a critical situation, the eastern gorilla enters it.

Big breath of fresh air for the giant panda (Ailuropoda melanoleuca), an emblematic species for wildlife conservation, for which the situation seems to be improving. Indeed, this Sunday, September 4, 2016, the International Union for the Conservation of Nature (IUCN) published an update of its « Red List of Threatened Species », a list that lists 82,954 species, of which 23,928 are threatened with extinction.

It had been 26 years since 1990 that the giant panda was listed as  » endangered species but now it’s in the category  » vulnerable that it should be classified, stressing however the need to continue the efforts undertaken to maintain this species among the fauna. Indeed, the species’ conservation efforts are paying off, particularly in China, where protection policies, reforestation of bamboo forests and breeding programs are proving effective. According to the IUCN, there are now 1,864 adult giant pandas, 2,060 if you add the cubs, almost twice as many as in the 1980s.

Another animal species breathes (a little), it is about the antelope of Tibet passed from the category  » in danger  » to the one of  » near threatened“, its population having almost doubled since the beginning of the 1990s, to count today between 100,000 and 150,000 individuals.

But the picture is blackened for other animal species, especially among primates since four out of six species of great apes are now close to extinction. This is the case for the Eastern Gorilla (Gorilla Beringei), largest living primate, dropped from the category  » in danger  » at  » critically endangered“, in particular because of illegal hunting. Its population is undergoing a catastrophic decline, reduced by more than 70% in 20 years, to reach today only about 5,000 individuals.

With it, the Western Gorilla, the Bornean Orangutan and the Sumatran Orangutan joined the category  » critically endangered« , while the Chimpanzee and the Bonobo are classified  » in danger“.  » Seeing the Eastern Gorilla, which is closely related to us, slide towards extinction is truly appalling. We live in times of extreme change and each update of the IUCN Red List shows us that the global extinction crisis is advancing very quickly. Conservation measures are working, and we have more proof of that every day. We must redouble our efforts to reverse the trend and safeguard the future of our planet » analyzes Inger Andersen, Director General of the IUCN.