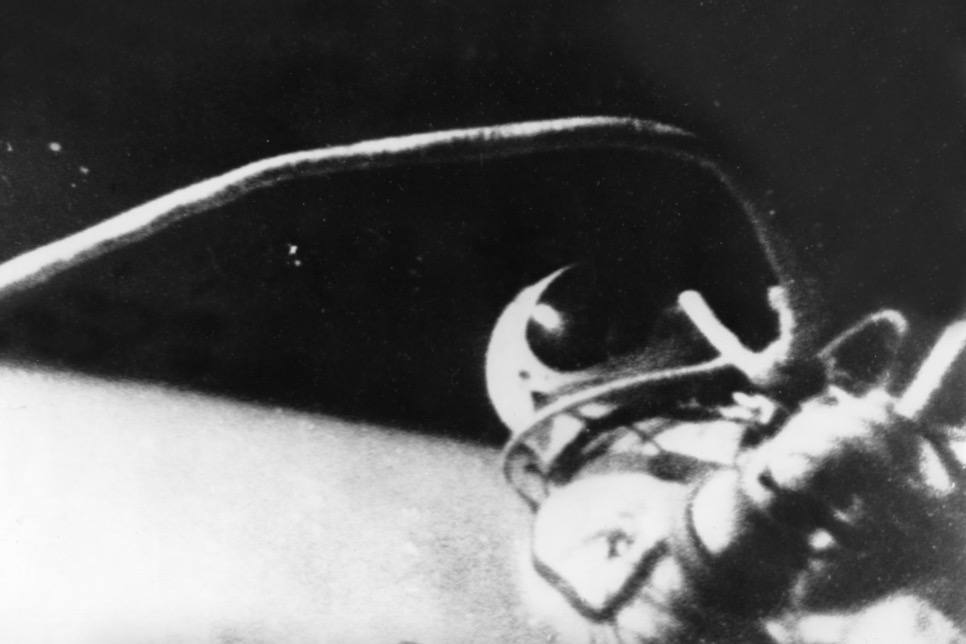 On Friday March 24, 2017, French astronaut Thomas Pesquet performed the second spacewalk of his stay aboard the ISS. Always impressive, these outings are relatively common and under control, which is far from the case of the very first outing made 52 years ago.

The very first spacewalk (or spacewalk) recently celebrated its 52nd birthday. It was March 18, 1965 and the story of this release is unusual to the point of being adapted to the cinema. 30-year-old Russian Alexey Leonov was going to have an extraordinary experience that day.

It is on board the Soviet spacecraft Voskhod 2 that he leaves Earth accompanied by its mission director Pavel Belyayev with the hope of achieving what no man had done or even attempted before: an exit into the space. About an hour and a half after leaving Terran soil, it was time for Alexey Leonov to make history.

Attached to a cable by his chest, he opens the hatch of the ship’s inflatable airlock and gets out. His suit had not been tested before and then began to inflate due to the change in atmospheric pressure. He was then unable to reach the switch that was on his thigh to turn on the camera fixed on his chest, but another video (below) filmed from the entrance to the airlock, offers us to see these exceptional images (as well as the man looking for the switch on his thigh).

In the book Two Sides of the Moon co-signed with American astronaut David Scott, who notably walked on the Moon, Alexey Leonov says he felt  » like a seagull with outstretched wings, soaring solemnly above the Earth « . In Airspacemag, he says: “ I heard Pasha [Pavel Belyayev] calling me, yelling “It’s time to come back”. It was only then that I realized that I had been floating in space for over ten minutes. I was like in a trance. My mind had taken me back to my childhood, I saw my mother opening the window of our house and shouting my name while I was playing outside with my friends. “Alyosha, we have to come back inside now”. With some reluctance, I came to and agreed to enter the spaceship « .

Problem: His suit had swollen and stiffened so much that he couldn’t fit through the airlock opening. He then chose to deflate it by releasing the oxygen valve, narrowly managing to enter the module before running out of oxygen.

But the adventures of the two Russian cosmonauts did not stop there, far from it. Once the airlock was released, they prepared the ship for entry into the atmosphere. New problem, the autopilot system was faulty. Before reaching Earth’s atmosphere, the two explorers then had to steer the spacecraft manually and calculate a retrorocket firing sequence to allow them to land safely on Soviet soil.

If they landed on Soviet soil, they did so about 400 kilometers from the intended landing site. As for security, we had to go back, because their machine actually ended up in a Siberian forest full of wolves.

Their story ends well since after spending a night in their stranded ship, they were discovered and supplied the next day. After a second night spent in a cabin heated with wood, they were able to reach the city.

Alexey Leonov is still alive and is now 82 years old. This crazy story of the very first spacewalk and this landing in the middle of the Siberian forest has been adapted to the cinema and will be released this April 2017 in Russia. The movie is called Время (First time) and it was directed by Yuri Bykov. You can check out the trailer below: