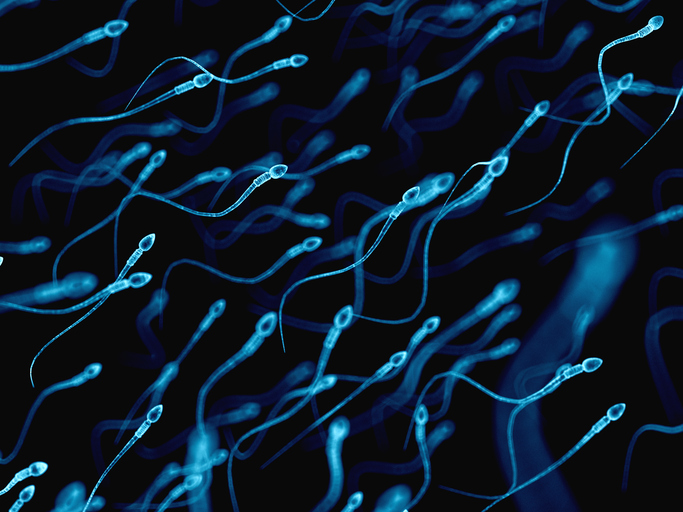 According to a new study, the movements operated by the millions of spermatozoa deployed during ejaculation can be explained by a mathematical formula. And when it comes to fertilizing an egg, it’s all about timing.

Semen contains an average of 100 million little « soldiers » per milliliter, all ready to fight. The latter carry with them half of the genetic information from the father necessary for the conception of a new human being. Each sperm cell breaks down into three parts. First of all the head, a reserve of enzymes allowing the perforation of the ovule. This also contains the nucleus which contains the genetic information, an intermediate part which contains the energy necessary for movement and finally there is the tail (the flagellum) which undulates and allows the spermatozoa to « swim ». Here, it is therefore the tail that interests us.

Analyzing how large groups of spermatozoa behave and interact could indeed make it possible to better understand their movements and understand why such and such spermatozoa arrive at their destination (only about ten) when all the others fail. This is crucial information that could enable the development of better treatments to combat male infertility. But given the impressive number of sperm deployed during ejaculation, it is then very difficult to model the way in which they move simultaneously. The researchers therefore wanted to create a mathematical formula that would make it possible to define how the sperm “swim together” against the current in an attempt to reach the egg.

To capture these movements, researchers at the University of York in the UK observed a sample of human sperm passed under a microscope at nearly 300 frames per second. These data were then analyzed by computer, thus making it possible to account for the undulations of flagella observed. They then discovered that the rhythmic movement of sperm cells similar to magnetic fields that form around magnets could be described by a simple mathematical formula. The results will be published in an upcoming edition of the journal Physical Review Letters.