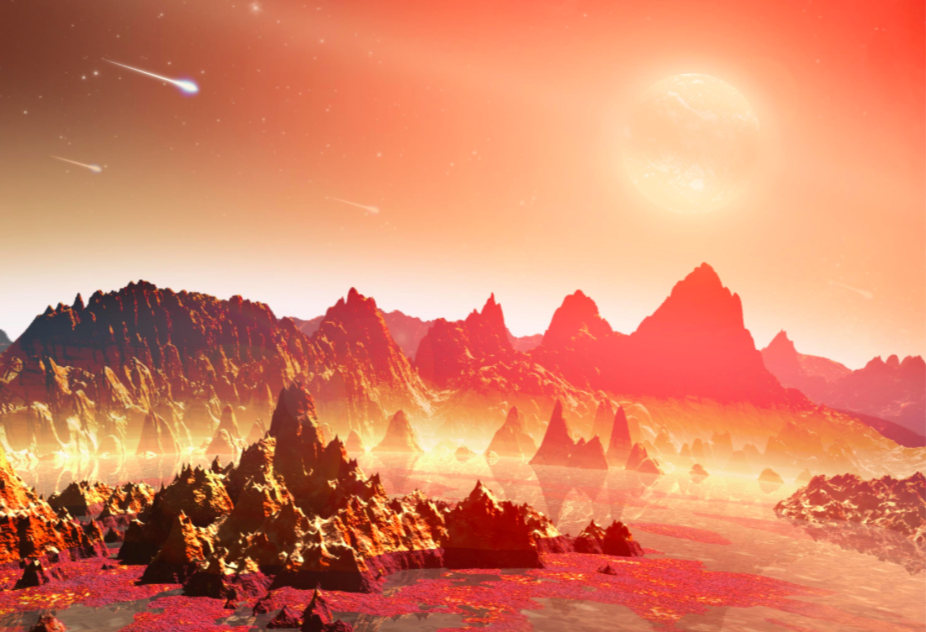 Computer simulations show that exoplanets located in the habitable zone can maintain a stifling atmosphere, far too hot for liquid water.

To find planets that could harbor life, scientists look for planets in the “habitable zones” around their stars – far enough away to allow water to exist in liquid form. And the fishing has never been so good. For that we have Kepler to thank: in the space of four years, and monitoring some 150,000 stars spread over a small window of the sky, the satellite has already flushed out more than 3,400 candidates.

Among the currently referenced exoplanets, many are super-Earths: larger and more massive than Earth. And their star, for the most part, is a red dwarf. These stars, smaller and less hot than the Sun, are much more numerous than the large ones (about 75% of the stellar population of the Galaxy), and it would be the same for the planets. On paper, we would then be tempted to think that we only have to « draw » in the heap to find new traces of life, as the probabilities are enormous… Except that the red dwarfs do not have a good reputation for habitability.

In a study recently published in the journal Monthly Notices of the Royal Astronomical Societya team led by Professor James owen, from the Institute for Advanced Studies at Princeton, demonstrates through its computer simulations that it would indeed be difficult to find habitable land in the habitable zones of red dwarfs. Blame it on gravity.

Indeed, a planet with a mass equivalent to ours, or greater, would have a good chance of maintaining throughout its evolution, because of its gravity, a thick atmosphere. This can represent one percent of the mass of the star. In comparison, the Earth’s atmosphere is only one millionth of its mass. Also, in these conditions where the greenhouse effect is enormous, the possibility that water can remain in a liquid state is nil. The probability of unearthing life “elsewhere” then collapses.

But all is not lost. For the researchers, the conditions would be more favorable on the surface of worlds less massive than the Earth, comparable to Venus or Mars. Worlds that do not retain their atmosphere well, thick in their past, but worn since by X and ultraviolet radiation. We will console ourselves by saying that these small planets are undoubtedly much more numerous than the larger and more massive planets.