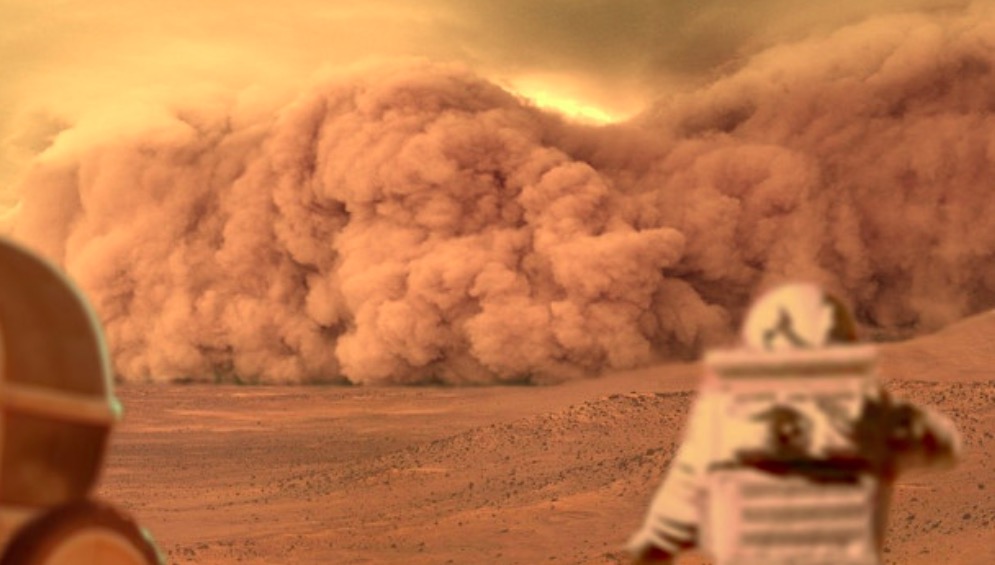 Mars could be hit by a very large dust storm very soon, as NASA scientist James Shirley suggests in a recent study. The scientist also found a way to better predict these events, crucial for current and future Mars missions.

Global dust storms on the Red Planet could become much more predictable in the future, if the next one follows the same pattern as previous storms. Precisely, this next global storm could intervene very soon on Mars, during the next weeks or the next months, as suggested by a study led by James Shirley, scientist at NASA’s Jet Propulsion Laboratory.  » Mars will reach the midpoint of its current dust storm season on October 29 this year. Based on the historical pattern we have found, we believe it is very likely that the global dust storm will begin within a few weeks or months. “says the interested party. This conclusion, the scientist drew it after having carefully studied for several years the Martian winds and the conditions that cause their emergence.

Local storms happen frequently on Mars. Sometimes they grow or merge to form regional systems, especially during the austral spring and summer, when Mars is closer to the sun. On rare occasions, these regional storms produce a dust haze that entirely surrounds the planet and obscures vision of the planet’s surface features. Some of these events can become global storms. This has been the case at least nine times since 1924, and the five most recent are in 1977, 1982, 1994, 2001 and 2007.

During the global storm of 2007, the two rovers then present on the surface (Spirit and Opportunity), saw their energy be considerably reduced by the little solar energy available.  » The 2007 global dust storm was the first major threat to rovers since landing“said John Callas of JPL, project manager for Spirit and Opportunity.  » We had to take special measures to allow them to survive for several weeks with little sunlight to keep them energized. Each rover was powered on for only a few minutes each day, enough to warm them up, then turned off until the next day without even communicating with Earth. For several days the rovers were completely on their own. »

These storms represent real dangers for rovers on missions, but also for future astronauts who will go there, because even if the winds are not so strong, the amount of dust involved represents a danger for electronics, health astronauts and the amount of solar energy available. So, being able to better predict them is a real challenge. Thus, James Shirley discovered a link between Martian sandstorms and the orbital movement of the red planet. In particular, he demonstrated that other planets have an impact on the rotation of Mars in its orbital plane. This impact, continues the researcher, is not stable and changes during a cycle of 2.2 years, so that a « supervortex » is formed each time a rise in the impact coincides with the beginning of a season of dust storms.