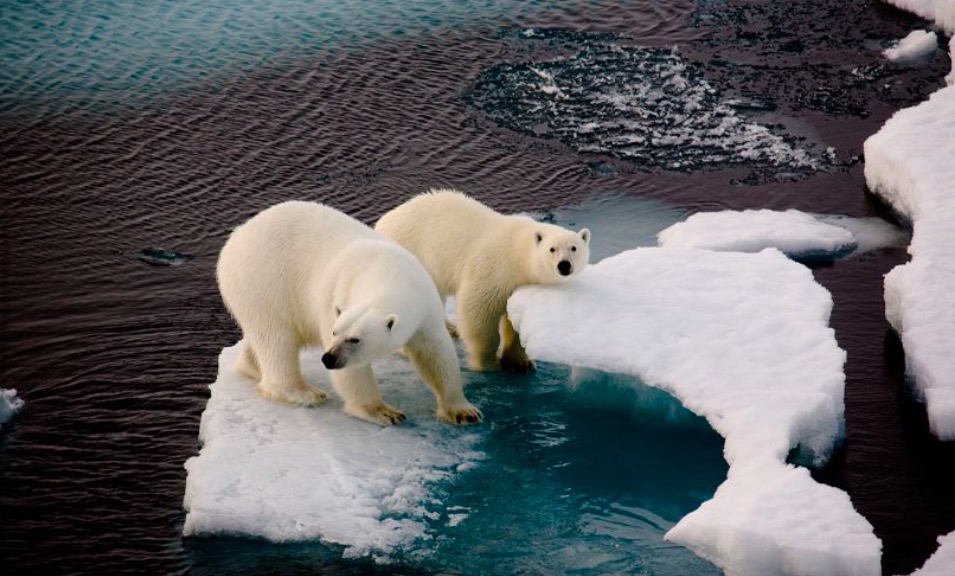 American researchers have established an edifying observation: the numbers of polar bears will be reduced by a third in the coming decades. The reason for such a hecatomb? Global warming obviously, the latter directly impacting animals.

“These animals are dependent on sea ice to live, which they use as a floating platform to hunt seals” can we read in an article published in Wired, describing an American study whose results were published in the journal Biology Letters on December 7, 2016.

The population of polar bears, which currently numbers some 26,000 individuals, will probably be reduced by 30% in barely 40 years. Global warming is causing surface temperatures to rise, melting the ice and preventing these animals from eating properly. The probability of such a drop is 70%, according to the researchers, which means that there is little hope.

“Polar bears depend on sea ice for most aspects of their life cycle” can we read in the results of the study.

Polar bears are divided into 19 subpopulations whose loss rates are expected to vary, but the entire species will be impacted. Currently, six of its subpopulations are in steep decline, according to the WWF. The melting of the ice causes complications in terms of reproduction, but especially in terms of the ability of bears to feed, due to the reduction in the number of prey available.

Moreover, such a situation can cause unusual behavior, such as that witnessed by Jenny Ross, a British photographer, who unfortunately observed in 2011 a polar bear feeding on the corpse of another individual of its species.

Currently, the polar bear or Ursus maritimus has been classified by the International Union for Conservation of Nature (IUCN) as “vulnerable”, but for how long before reaching a critical threshold?