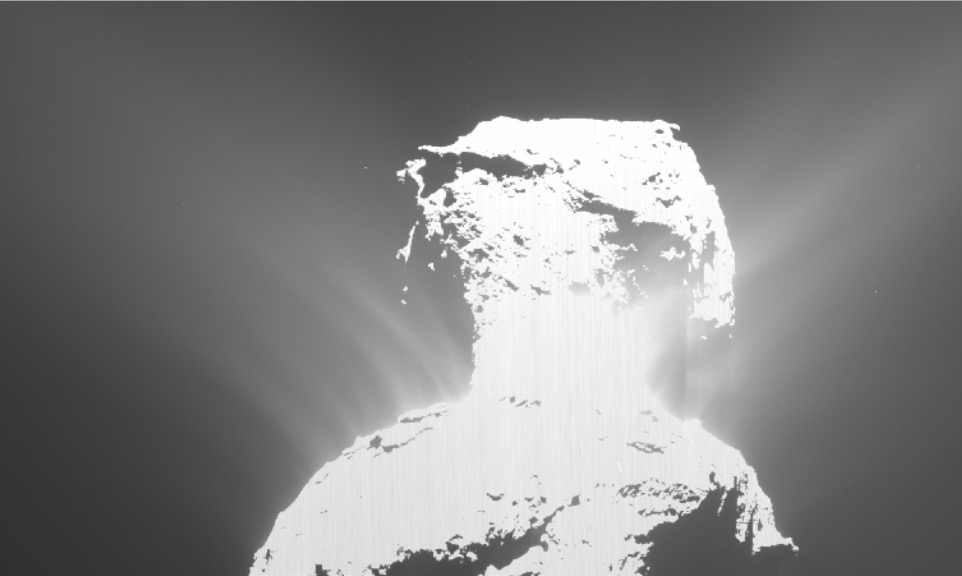 A few months ago, the Rosetta probe recorded an explosion on the surface of comet Tchouri, which could have been caused by a landslide. The images have just been made public by the European Space Agency (ESA).

At 10:40 a.m. on February 19, nine of Rosetta’s instruments, including cameras and dust and gas collectors, were monitoring the comet in a routine operation when an explosion sounded. A rare and unpredictable phenomenon, but a happy coincidence according to Matt Taylorresearcher on ESA’s Rosetta project: « We were lucky enough to point most of the instruments in the right place at the right time », he confides.

Observations recorded by the spacecraft suggest the explosion took place on a steep slope on the comet’s large lobe. According to Eberhard Grünresearcher and lead author of the study to be published shortly in the journal Monthly Notices of the Royal Astronomical Society, the landslide would have exposed water ice just as the sun was rising over this part of the comet. Thus, specifies the ESA, the ice was immediately transformed into gas (because of the heat). However, gas takes up more space than ice. By « expanding », the ice turning into gas carried away dust, which propelled a piece of dust into space (see animation).

In the hours following the explosion, Rosetta recorded an increase in ultraviolet rays, the amount of dust emitted (6 times more), gas and plasma emitted in large quantities. In addition, the MIRO instrument also recorded a 30ºC temperature rise of the surrounding gas.

Explosions, Rosetta has seen others, but often smaller, and with far fewer instruments. Further analyzes will nevertheless be carried out on this data to better understand the details of this particular event, but to understand, more generally, how cometary explosions are triggered.