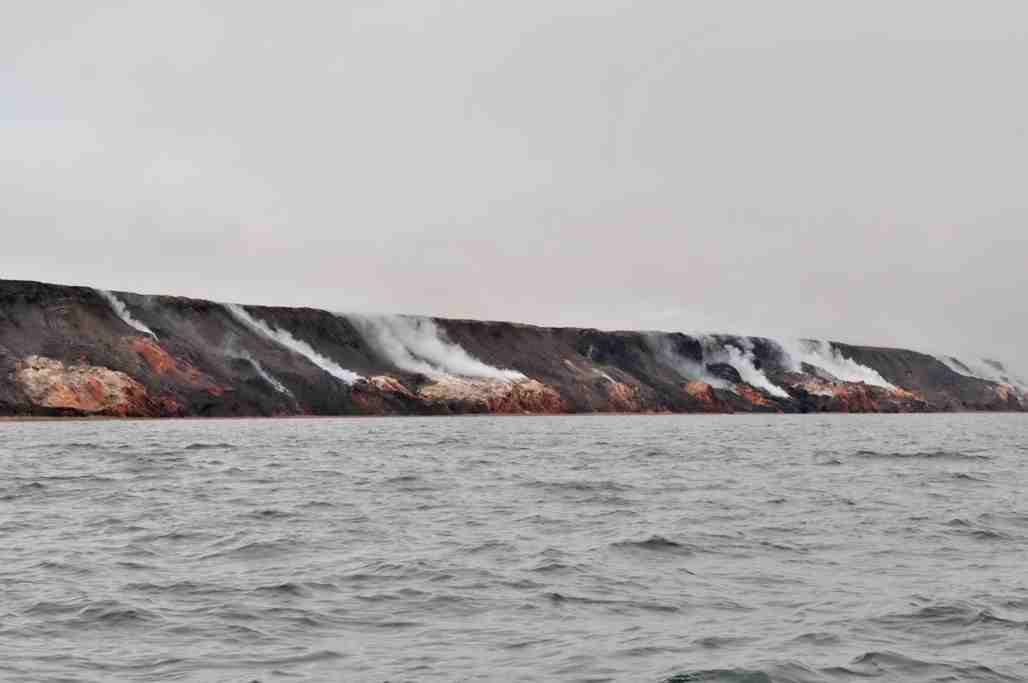 Discovered about two centuries ago, this place is undoubtedly one of the most fascinating places that can be seen on the planet. Indeed, the spectacle that the latter offers is simply breathtaking.

« The Smoldering Hills », here is an astonishing name, but which it is necessary all the same to take with the foot of the letter. Located in northern Canada, the Smoking Hills were first seen by navigator John Franklin in 1926. Perhaps he was unaware that he had discovered a real geological paradise here. The explorer had been able to approach these hills from the top of a cliff at a distance far enough not to be caught by the dangerous acid fumes which emerge from them.

Jean-Paul Curtay, father of nutritherapy in France, recently left on an expedition from Iceland around the new maritime routes that it is now possible to take because of the melting ice, more precisely the North-West Passage ending with the Bering Strait. His testimony for We Demain magazine is angelic. For his part, the amateur explorer therefore approached the Smokings Hills by sea:

“When we approach by sea, we discover plumes of smoke over tens of kilometers, some isolated and spaced out, others grouped in curtains. Are these fumaroles volcanic? Absolutely not. This is the spontaneous combustion of lignite (or brown coal) which, following landslides, ignited thanks to sulphides from bacteria in contact with oxygen! »

The originality is therefore mainly at this level and you should know that no other known place on Earth offers the same characteristics and therefore the same spectacle. The colors are also amazing since there is a mixture of yellow, black and dark red here due to the presence of variegated clay, coal, ash, mud and encrusted stones.

“It is an absolutely exceptional place, but so far from everything, so isolated that it has never been studied closely”, says Jean-Paul Curtay.

Thus, the Smokings Hills are not only a fascinating place of beauty, but also little known scientifically which could make geologists happy.

Here are some shots followed by a video obtained during a helicopter flight showing the famous Smokings Hills: