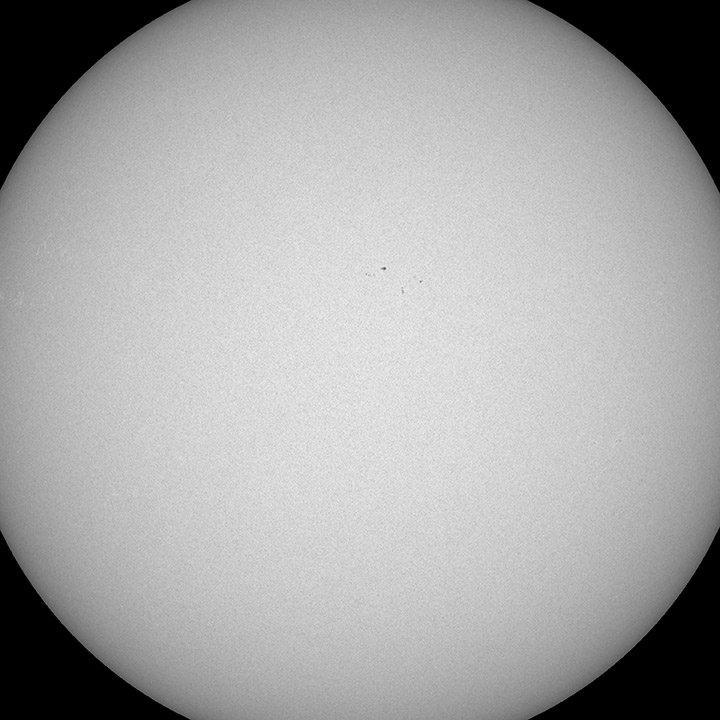 NASA released images showing an eerily calm and spotless sun this month. With only a few spots spotted here and there, the Sun appears to be at its lowest activity since 2011.

A solar cycle is a period during which the activity of the Sun varies by reproducing the same phenomena as during the previous period of the same duration. In absolute terms, activity is regulated by a solar cycle with an average period of 11.2 years — from one maximum to the next — but the duration can vary between 8 and 15 years. The current cycle began in 2008, but researchers now observe the fewest number of sunspots on the Sun’s surface since Cycle 14 peaked in February 1906.

The fact that our star is so quiet is not disturbing in itself, but the next solar minimum level should however not occur for five years, in 2021. Why is the Sun ahead then? The so-called solar minimum has its peculiarities. The absence of spots on the Sun’s surface can last for weeks. Conversely, the solar maximum reflects intense activity. Large sunspots are then daily and indicate areas where the magnetic field is very strong – thousands of times stronger than the Earth’s magnetic field.

All of this magnetic energy is then released in the form of powerful solar flares which, as you know, can disrupt radio communications and cause spectacular auroras at the poles. This is what happened to us last October. But for since then, the Sun has been eerily quiet, evidenced by these images of the Solar Dynamics Observatory from NASA taken from November 14 to 18 showing an almost flawless star resembling a gigantic white marble:

Recall that last June, NASA revealed that the sun had entered its quietest period for more than a century. The last recorded record was between 1645 and 1715. This minimum will have coincided with the time known as the Little Ice Age marked by extremely cold winters in the northern hemisphere. Many researchers consider that the solar minimum played an important role at that time. Would we then, too, be at the dawn of a mini ice age?

In the meantime, I let you appreciate the purity of our star: