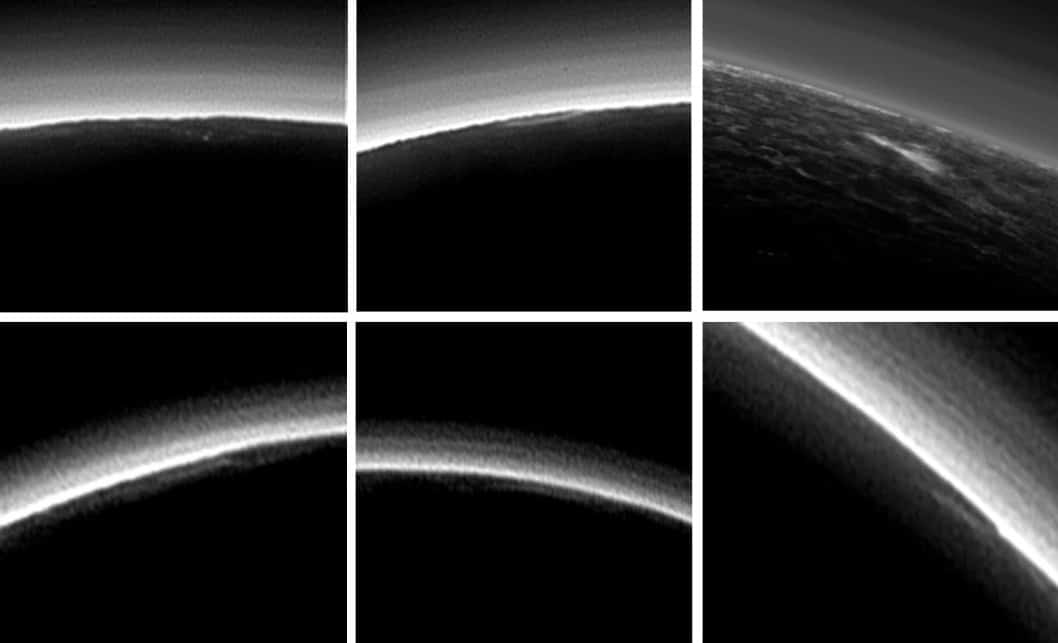 New data transmitted by the New Horizons probe has allowed scientists to spot what could be several clouds within the hazy atmosphere of the dwarf planet Pluto. But to confirm the presence of clouds, it will be necessary to return there.

NASA’s New Horizons spacecraft flew by Pluto in July 2015, and continues to transmit data to Earth as it now travels past Pluto to another dwarf planet called 2014 MU69. During a conference which took place this Tuesday, October 18 in Pasadena, California, the scientists presented the latest information drawn from the data transmitted by New Horizons, which teaches us more about Pluto’s atmosphere but above all, about the presumed presence of clouds.

» In the atmosphere, we noticed a large number of concentric layers of haze, more than two dozen. These layers stretch very high in the sky, up to more than 200 km “Said Alan Stern, principal investigator of the New Horizons mission. With his colleagues, the researcher especially highlighted the presence of at least seven luminous characteristics which could well be clouds.  » If there are clouds, it would mean that the weather on Pluto is even more complex than we had imagined. Alan Stern said in a statement released by NASA.

» All of these clouds are similar in low altitude and size scale. We do not see large blocks, but individual and discreet clouds adds Stern.  » They were spotted near the terminator, the dividing line between day and night. This would confirm that these are clouds, as there are colder conditions where condensation processes are likely to occur.“.

For the moment, it is impossible to confirm that these are indeed clouds or if they are specific characteristics of the surface of the dwarf planet. To confirm this, we would have to return to Pluto with new instruments and stay there longer, with for example an orbiter.

At present, the New Horizons probe is about 5.5 billion kilometers from the earth and 540 million kilometers beyond Pluto, with a speed of over 52,000 km/h. It has so far transmitted about 99% of its data collected above Pluto, and the last data is expected to be transmitted this October 23. It will still be necessary to wait some time before they are analyzed.