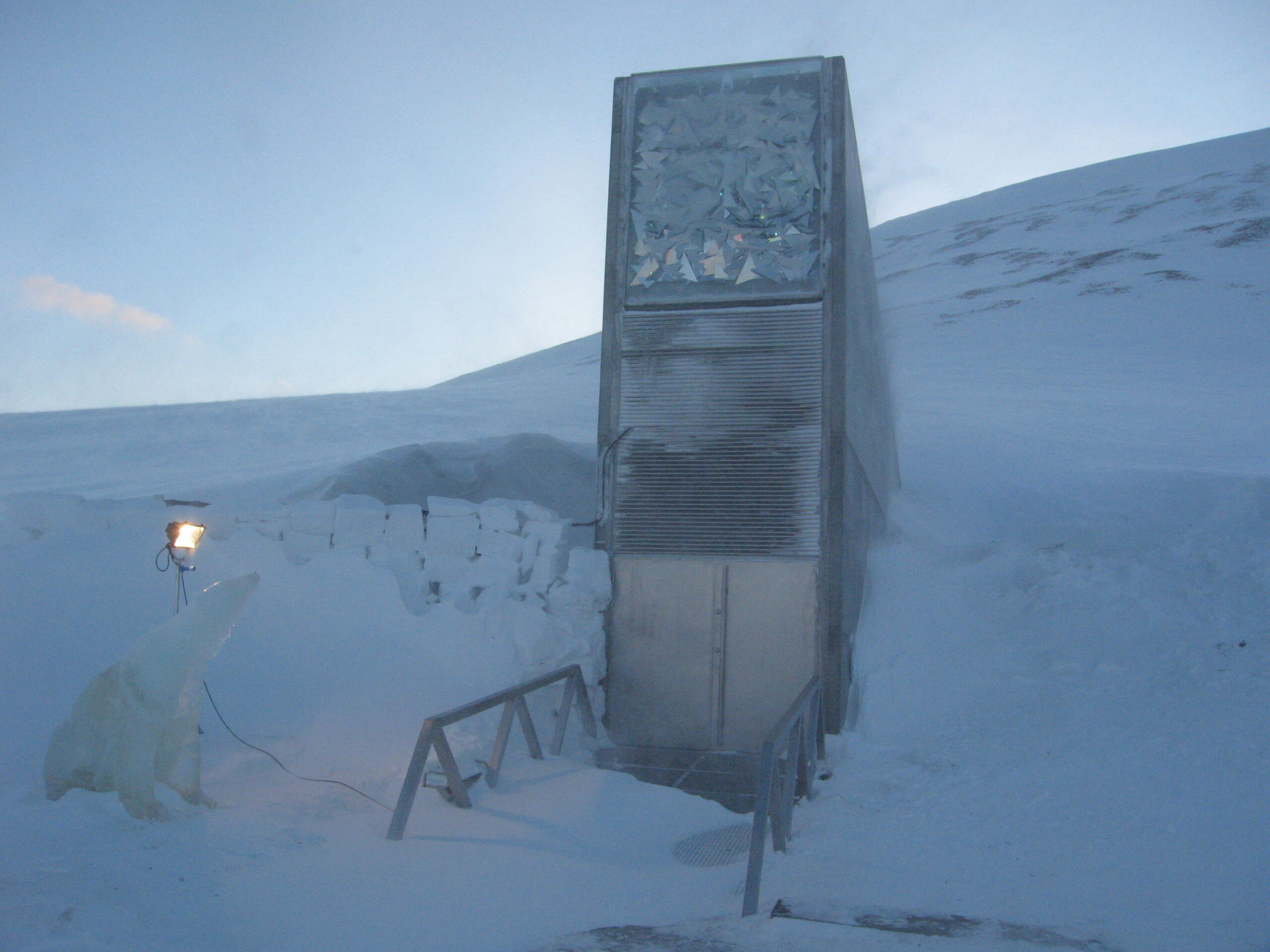 In order to ensure humanity a future for agricultural products in the event of a disaster, there is a world reserve that houses millions of varieties of seeds of all kinds.

It is in the Arctic Circle, on the Norwegian island of Spitsbergen, that we find this immense agricultural « Noah’s ark ». It is a huge building carved out of the mountain and 120 meters long. This is the Svalbard Global Seed Vault whose frigid (-18°C) interior is home to seed samples representing more than 4.5 million seed varieties from around the world, or more than 2.5 billion seeds in total.

This agricultural Noah’s ark consists in ensuring a future for agricultural products for humanity, a “safeguard support” to face a possible global catastrophe. Among the seeds stored, there are notably 150,000 samples of rice and 140,000 samples of oats. Indeed, for crops to survive and thrive, having several varieties with different genetic characteristics is essential, says Motherboard magazine.

Several « gene banks » currently exist throughout the world and this World Seed Vault of Svalbard serves to mitigate the possibility of the destruction of one of these banks in the event of a natural disaster or even war. This world reserve hosts, for example, seeds of varieties from North Korea, proof of the total global nature of this backup medium.

This type of reservation also exists in other areas. We were talking to you, for example, about the Frozen Ark, the purpose of which this time is to preserve the genetic heritage of all living animal species on Earth. Launched ten years ago, it already has more than 48,000 DNA and cell samples belonging to some 5,500 animal species.