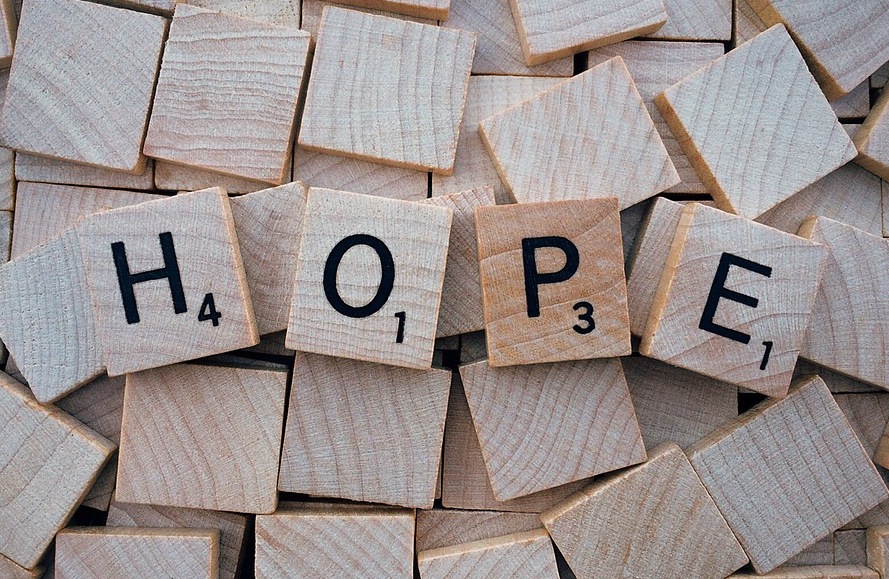 Hope, this infinite momentum that gives everyone the possibility of believing in their future, arouses curiosity among mathematicians. Thanks to hope, the desperate give themselves the right to a tomorrow, the sick manage to heal and lost causes find a resolution. Until then not exploited by Science, Australian psychologists are interested in it and interpret it as a cubic mathematical function. What does that mean ?

Faced with an uncertain event, we can show optimism or pessimism depending on the chances of success attributed to the event. Thus, optimism and pessimism move together with probabilities. This is what Simon Bury and his colleagues at Flinders University in Adelaide, Australia, looked into. By studying a sample of 109 football fans, they came to the conclusion that probability and optimism are linearly correlated: the higher the probability of winning, the more optimism increases.

However, the fate of hope is quite different. Although related to probabilities, when these are very low, it is cubic and non-linear. That is, hope increases to the third power of probability. For example, when the chances of winning are very low, they only need to double for the hope to be multiplied by eight. Thus, hope feeds on dust and ignites very quickly.

However, there is a point from which this correlation becomes linear: this is the cap of 40% probability of winning. We therefore understand that the German supporters do not have a level of hope very different from their level of optimism, whereas the Albanian supporters live almost only on hope. The scientists in question have also very clearly recognized the phenomenon of “pessimistic hope”: we hope without really believing in it.

This equation allows us to look at sports competitions from another angle. We now understand why millions of people support their team body and soul when everyone knows that 97% of them will ultimately be disappointed with the victory of a single team.