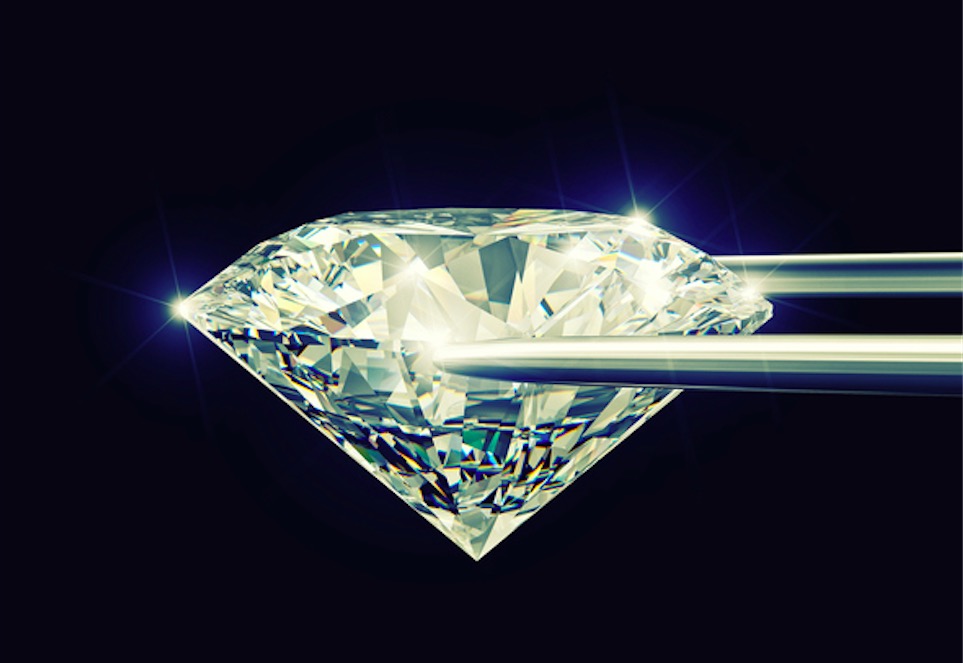 Researchers at the University of Bristol in England have discovered a way to use nuclear waste to generate clean electricity in a nuclear-powered battery.

Thus scientists discovered how to use nuclear waste as a source of energy. The team of researchers led by Tom Scott, from the University of Bristol in the United Kingdom, has indeed discovered that by converting the radioactive gas into artificial diamonds, these could visibly be used as super efficient batteries. An innovative technology with a triple effect since it could make it possible to solve certain problems concerning the treatment of nuclear waste, the production of clean energy and the lifespan of batteries.

These diamonds capable of producing their own electric current when placed in a radioactive field could thus provide an energy source for thousands of years due to their extra long half-life:  » no emissions generated, maintenance free, just a long term supply of clean energy explains Tom Scott, a geochemist at the University of Bristol in the United Kingdom.  » By encapsulating the radioactive material inside the diamonds, we could additionally solve the problem of long-term nuclear waste via this nuclear-powered battery. « .

At this conference, the team demonstrated a prototype diamond battery using nickel-63 as the radiation source (nickel-63 has a half-life of about 100 years). However, researchers are currently working to significantly improve the efficiency of this battery by using a radioactive version of carbon, carbon-14 (which has a half-life of about 5730 years) generated in the graphite blocks used to help maintain nuclear reactions.

Research by Bristol academics has shown that radioactive carbon-14 has concentrated on the surface of these blocks, allowing it to be processed to remove most of the radioactive material. The extracted substance is then incorporated into a diamond to produce a nuclear-powered battery. Why did you choose carbon 14?  » Because it emits short-range radiation that is quickly absorbed by any solid material “, explains Tom Scott.  » The substance is radioactive to humans, so we keep it safe within a diamond [la substance la plus dure connue de l’homme, NDLR]. There is literally nothing we could use that could offer more protection “, reassures the researcher.

Despite their low power compared to current battery technologies, the life of these diamond batteries could « revolutionize » the powering of devices over long time scales. We are not talking about our smartphone batteries here, but this new technology could be used for pacemakers, to equip satellites or even (in theory) to equip drones at high altitudes.