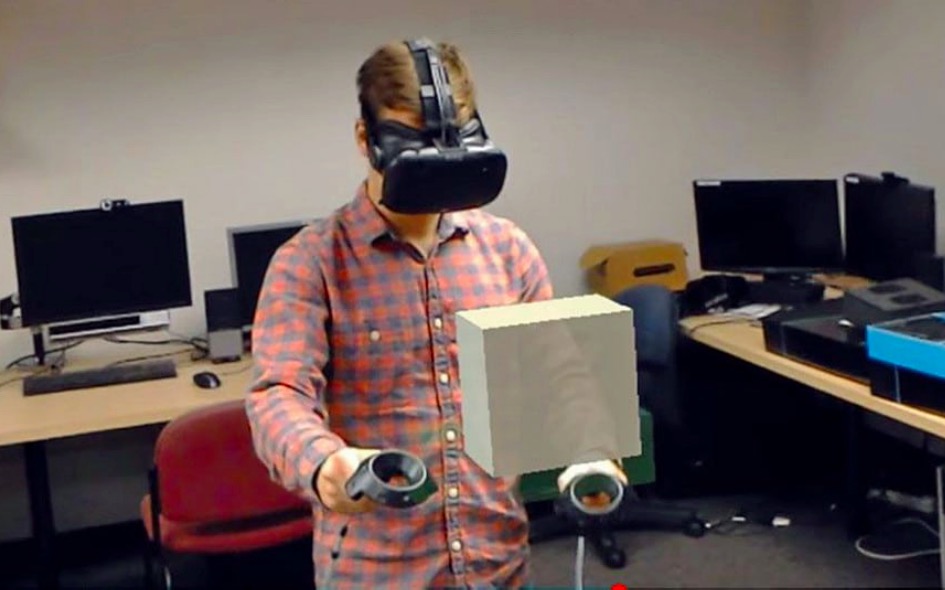 Virtual reality is unquestionably immersive and fun for the user. Despite the possible sharing of this experience on a screen, this solution shows the limits of 2D. However, a young developer has just achieved a game-changing feat: enabling the collaborative operation of augmented reality glasses with a virtual reality headset.

We talk a lot about virtual reality, augmented reality and even mixed reality, but will the next buzz term be shared reality? There is no doubt that the performance of Drew Gottlieb, a talented developer, could give even more momentum to the democratization of this type of device.

The interested party succeeded in communicating in real time two devices available on the market: the HTC Vive virtual reality headset and the Microsoft HoloLens augmented reality glasses. Through the software of his creation, Drew Gottlieb managed to ensure that the virtual environment of the HTC helmet is superimposed on the field of vision of the HoloLens glasses.

This is mixed reality, but we will speak here of shared reality simply because it can be experienced by several people. Virtual reality is an interesting technology, but it has the defect of being excluding since it is practiced alone, in complete isolation. Created largely for video games, this practice therefore does not fit well with the idea of ​​sharing with others. This is where Drew Gottlieb’s system comes in. The latter created the HoloViveObserver application from the HoloLens development kit as well as the networking service of the Unity site. The source code has also been posted by the interested party on the GitHub platform.

Concretely, another user can join the first one who evolves in his virtual world. This is why we talk about shared reality. For now, the synchronization still has some flaws, but already we know that the number of users sharing this « connection » would not be limited.

Thus, it is easily possible to think of other applications beyond the video game such as work meetings and presentations in front of an assembly, while the person who presents would be the one who would be at the origin of the connection.