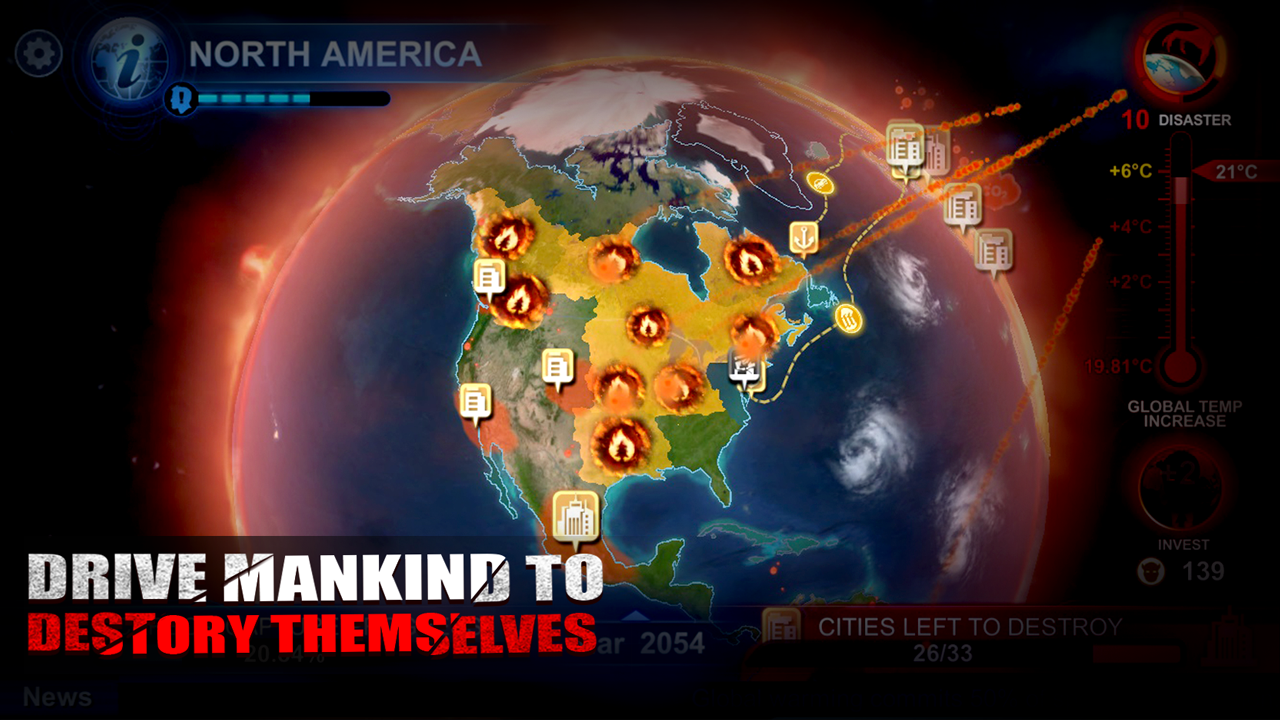 The mobile game Carbon Warfare is a real UFO. While most messages in favor of the environment are always just a display of ideas, measures and advice, this game teaches through counterexamples. Thus, you have the right to destroy the planet in this application where the second degree is underlying.

Obviously, the most fervent climate-skeptics would not even see that this is a game intended to make players aware of environmental issues, so subtle is the tone used. However, the desire of the creators is to change the way of raising awareness among citizens by adopting a permissive posture.

For Jean-Baptiste Fleury, co-creator of the game and creative director at the Paris Notre-Dame mobile studio, “too many games aimed at raising awareness of a cause are content to bludgeon the message to the detriment of the pleasure of playing”.

The game Carbon Warfare puts you in charge of a real multifaceted empire whose goal is to generate profit by investing in polluting companies around the world and in sectors such as agriculture or industry. Your goal? Generate as much CO² as possible by developing, for example, businesses dealing in timber, sports cars, intensive farming or the production of air conditioners.

When you generate CO², you earn points allowing the unlocking of disasters such as fires, droughts, tornadoes etc. whose frequency increases as the planet becomes fragile. In addition, care must be taken not to raise the “rate of public awareness”, because if this is the case, there will be more and more research done on CO² and conferences dealing with the climate. In the end, if humanity finds the solution, you simply lose the game.

The Carbon Warfare designers enlisted the help of climate scientists:

« We wanted that, to win, you have to go into the details of understanding the mechanisms of pollution and its effects », says Jean-Baptiste Fleury before mentioning the invaluable help received from Yoram Bauman, an American economist from the University of Washington:

“Yoram allowed us to understand scientific mechanics and turn them into gameplay mechanics. For example, it allowed us to weight each type of pollution and assign them a more or less high rate of CO2 release and economic profitability. »

Carbon Warfare is already available on Android and iTunes, while a PC version will be released in 2017. Here is the official game trailer: